We've had an App working just fine. Opened it and edited in the studio and preview worked fine too in the studio.

Published and tried to launch it, it seems to be permanently stuck in "loading" state on the WEB Only. Tried IE and Chrome, same issue on both. Opened fine on the phone using powerapps APP.

None of the other/older Apps in our list seem to load as well. same issue, so it is not the changes that is causing this.

Anyone else experiencing the issue? Are we missing anything? 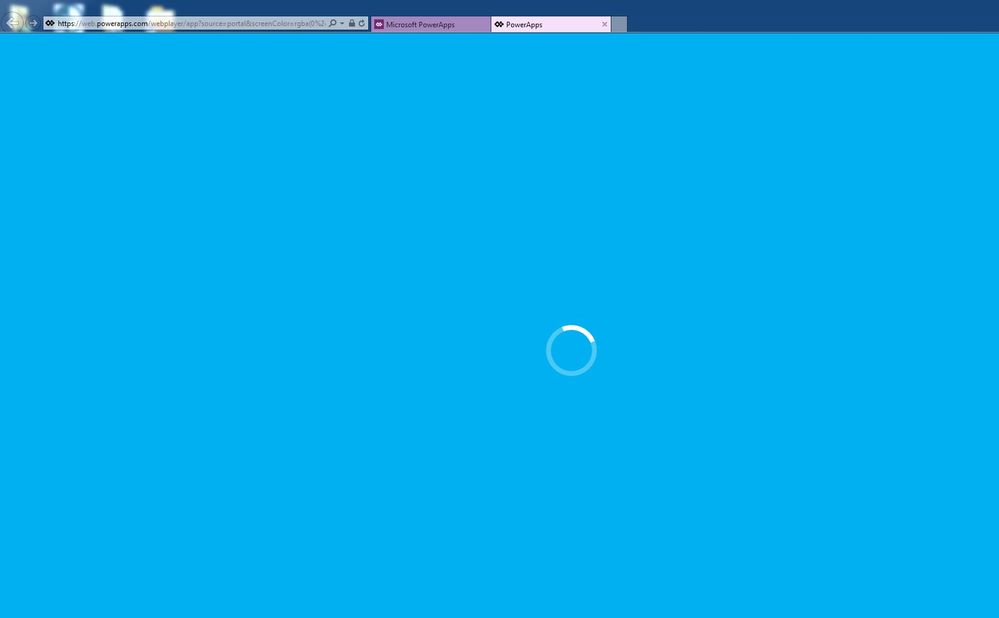 Helper II
In response to cherie

We had a brief outage starting around 4pm PST which we were able to resolve at around 6pm. It should have only impacted users in the US (primarily those on the west coast) and South America.

We apologize for the inconvenience.

Thank you for the resolution.

Helper I
In response to Cybersurfer411

It seems the resolution only works on IE and Firefox, but not on Chrome. I am still getting "loading" page on Chrome for PowerApps Apps and SharePoint integrated form?

@cpancan you hit alt + right click and provide me with a session id?

The page stays in spinning and cannot jump out of the screen by clicking hit alt + right click. Any other way to get the session id?

@chunpan does anything show up in the console (developer tools)?

Can you try go to the network tab in the developer tools and check the disable cache button and reload the page?

Helper I
In response to cherie

After close and open new Chrome, the app works now! Thanks.

I'm glad to hear that!

Anonymous
Not applicable
In response to cpan

@cpan I wasn't able to replicate it, it seemed it had been fixed by the time I looked into it.

Anonymous
Not applicable
In response to Cybersurfer411

Page will not load in Chrome. Says Clear Cookies but that fails. Opens in FF and Edge but not Chrome. Two days now.

Maxwell
Microsoft
In response to Anonymous

I'm sorry to hear that you're still running into this issue. If you can provide us with a session ID, it will help us narrow down the source of your loading problem.

You should be able to use the following steps to get a Session ID:

If that doesn't work you can try the following:

If you have any problems with this process, let me know and we can try and troubleshoot,