I have quite a complicated app that is running very well on a PC.  I have an iPad user that has been seeing crashes 50% of the time when going to a particular screen.  Its 50% when trying the exact same thing.  Sometimes it works, sometimes it crashes.  The nature of the crash is this:  The screen starts to load, then it goes to a full-screen spinner, and back to the default screen of the app.  I know its a crash and not an inadvertent back() command because the state of the screen is cleared.  Otherwise, the last state of that screen would still be there.

The question is, how do debug the issue?  Is it a particular command, connection, etc that is not friendly on an iPad?  I have no idea how to find debugging information for this.  In general, the app is good because I have not had any crashes on PC, nor my Android phone.

Typically iOS is the most restrictive in terms of memory usage which is why the apps have a tendency to crash in iPads first if they are pretty large.

Several things for you to try/investigate:

- Looking at the particular screen where it is crashing. What type of controls are they using? Are you loading a lot of data on that screen? Is it possible to break that screen up into two so that it uses less memory?

The entire app is very data intensive.  Every screen has multiple list views, and calls to multiple databases.  Results are short (like 10-20 items in the list) as well as one of the PDF view "hacks" found on this forum.  The point of the app is to have a lot of very specific information all in a single view.  Splitting that to mulitple screens would kind of diminish the entire point of the app.

This screen crashes about 50% of the time.  Even when invoked the same way.  Works perfect on PC. 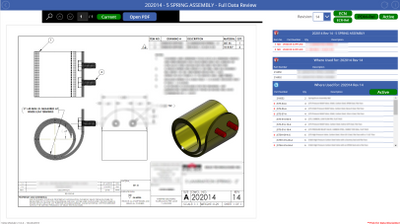 I am facing the same kind of issue

This is the 2nd session. After the crash happenend, I open the hamburger menu icon and get the session id right away,

Please take a look and give me some recommendation,....

Is there any specific action you're taking or does it just crashes after some random amount of time (like taking a picture)? Or even during startup only.