Oof. Strap yourself in for this novel of a help request. First things first - I'm a newbie to the world of PowerApps.  Wide-eyed and excited about the prospects but definitely still a little wet behind the ears and still trying to understand terminology and/or language. At the very least...I have a basic understanding of how it all functions - and am adept at coding, just not the specifics of PowerApp's language.

Essentially I'm trying to build an inventory tracker of artwork in my building.  I have a sharepoint list / "Lists in Teams" with info on individual pieces of artwork (columns for Photo, Title, Artist, Date Arrived, Location, Status, etc). PowerApps took the list and automatically built me a shell app that does 80% of what I'd need it to do - Screen 1 - Gallery of Items, Screen 2 - Edit Existing Items/Add new Items.

I'm trying to layer onto this app the ability to take a single photo/upload images in-app and feel like I've falling into the thick of it. The hard part was figuring out how to upload a photo to sharepoint - which (thanks to this article), I've done. The second part is where I'm flummoxed. I think there are a multitude of problems I've run into with this that are all intertwined:

Wondering if anyone might be able to point me in the right direction. Best practices, best methods, etc. Seems like a lot of articles and information from this are from two years back and things aren't quite the same anymore it seems - which makes this tricky.  I've tossed a few screenshots of the items being modified at this link, and would be happy to toss in there any other shots that would be helpful (or expand upon any follow-up questions).

based on your image, add the attachment field to your form 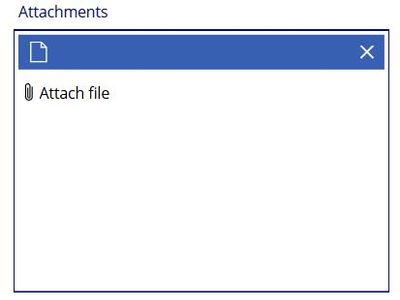 Getting the URL of the file:

once added, set the is the attachment control Items property = ThisItem.Attachments
getting the filename: First(thisitem.Attatchment).AbsoluteUri
Can't Pass along the Value
click on the "Attach file" and upload a new file 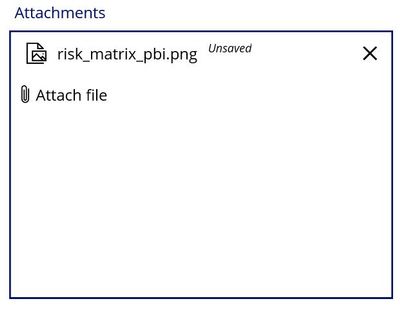