With new formula, Patch (in Batch or Multiple Records) and ForAll, Apps' efficiency can be enhanced tremendously, esp. for those really need these.

After couple of advices and information/guide from PG Staff (rgruian), and Mr. Dang, (Thanks to both of them), I wish to share as compliment to Tutorial on Patch

Original Text: Modify or create a set of records in a data source

Patch can also be used to create or modify multiple records with a single call.

When using Patch in this manner, the return value is also a table with each record corresponding one-for-one with the base and change records.

NB: ChangeRecordTable1, Table2,.... can be achieved thru the use of ForAll (however, if fix number of fields / rows are known, gallery may not be necessary; I have not included here as it is pretty simple to understand)

Patch has been the key formula since Jan 2016 and further improved in Apr 2016.

What is really unclear and found ambigous for me is: BaseRecordsTable & ChangeRecordTable

- BaseRecordsTable: Can be obtained thru creating a Context Variable (using Collect, or even other method such as UpdateContext, or Navigate( .., .., {AA: ..}).

By sharing here, and while awaiting Tutorial being improved on Patch (Multiple Records) [ForAll is pretty clear and explicit], I hope for those who are in needs and as slow in learning as me, can use this as a reference.

Hopefully my examples can further be improved. Thanks in advance.

Example shown here are a combination of:

[I use Excel in DropBox as datasource and the speed of saving, editing,...is par with CDM / CDS]

My apologize: Correction of Errors

[the formula is correct, just the description was not properly edited] 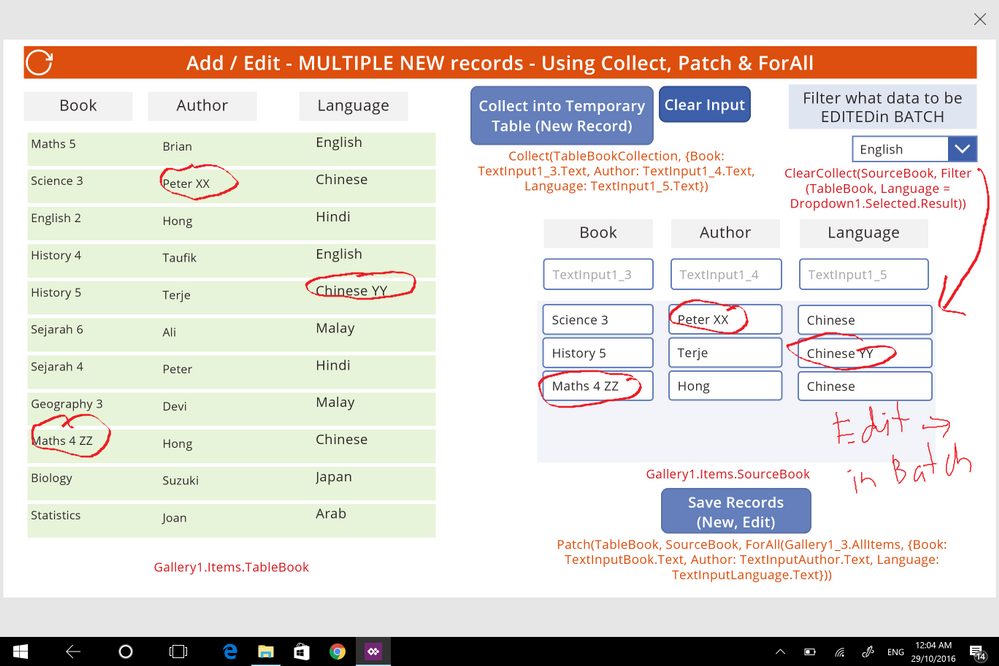 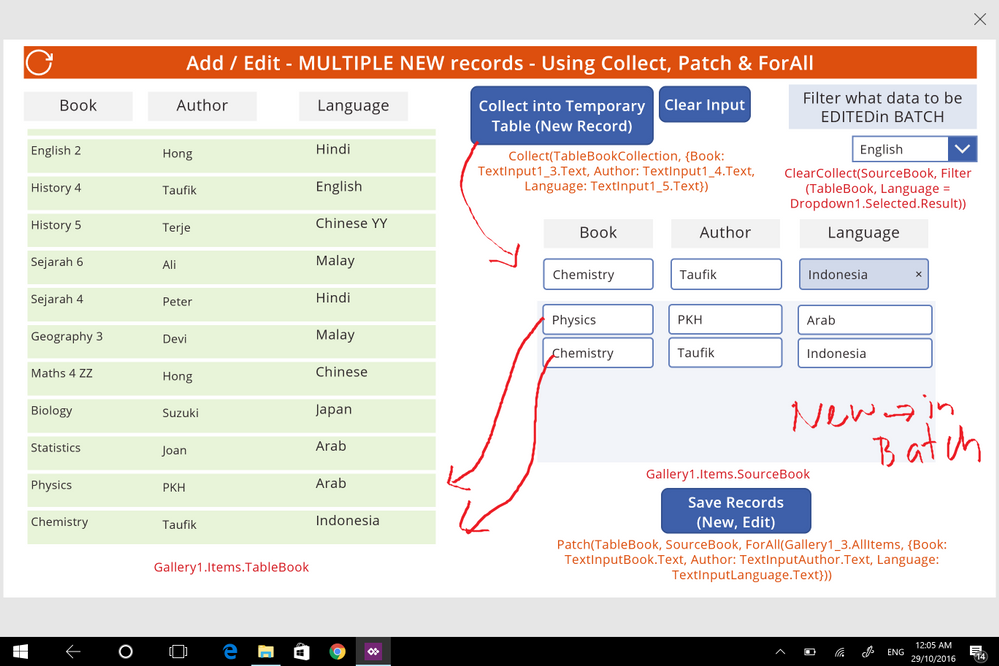 Patch function is not taking second argument as "table". can you please help?