I have a single user (as far as I know) experiencing some sort of layering or positioning issue in my production app.  He sent me this screen shot: 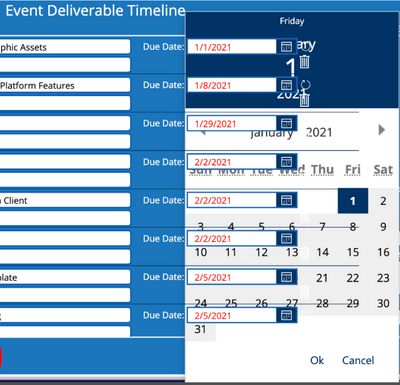 The same screen looks fine for me: 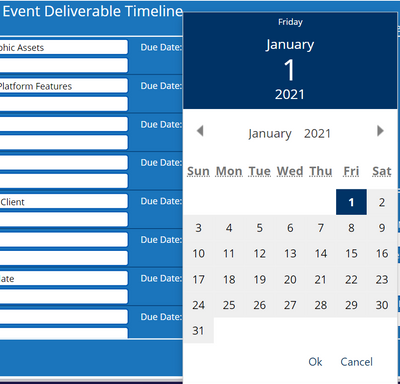 and here it is prior to clicking on the calendar: 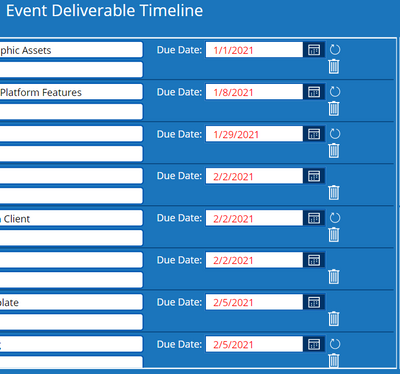 The above example is a gallery, but the issue is present in other areas of the app, too.  For example, here is a label that is not within a gallery. 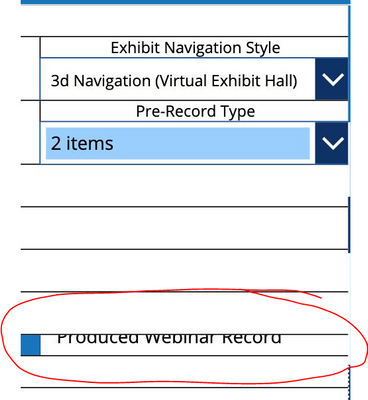 Positioning in both examples is being handled relative to other items on the screen: ie - Label2 Y position is set to Label1.Y+Label1.Height.

The user is on a Macbook with Chrome Version 88.0.4324.150 (Official Build) (x86_64) and Javascript V1.7.  He states that the issue is consistent within Chrome, but does not appear when using Safari.  I have tested on my end with the same hardware and Chrome build, however, and have not been able to recreate the issue. Everything looks perfect for me as well as other users (as far as I know).   Any idea what might be going on here?

This appears to be related to the user's monitor resolution.  He is on a 3440 x 1440 display.  It works fine if the app is launched on the built in Macbook display, but not on the external monitor.  Also, the problem seems to to be specific to controls that are within Containers, and not others.

Have the user try the app in an incognito browser and see if the issue persists.  If so, then there is some other factor going on.  If not, then clear the cache in the regular browser session and see if the problem goes away.  It sounds like there is an older version of the scripts cached on the browser.

Helper I
In response to RandyHayes

Thanks for this Randy.  User says the issue persists in incognito mode, so unfortunately, that's not it.

The only factor I would then consider is interpretive differences between the platform.  But, now that I think about it, that probably would not be the case as you mentioned that you tried with the exact same hardware and browser and it was fine.

So, there has to be something specific about that computer and its set up.

Helper I
In response to RandyHayes

Thanks again for the input.  I discovered that the user has a 21:9 aspect monitor running at 3440 x 1440, which seems to be the issue.  Everything works perfectly when the app is launched on the built in Macbook display or when the browser window is scaled to less than full screen, but if the browser is maximized on launch then things start acting up.  It'd be great to know if there's a way of preventing this from happening entirely, but for now at least I know that it's limited to this (relatively rare) set up and there's a simple enough workaround.

Yes, that is rare, but good discovery!!

I wonder if changing some of the display settings in the app would change anything.  Like lock aspect ratio and things like that.  Just a note, I would save the app as something else to test.  Not sure if you have any calculations in any of your X, Y, Height or Width of any controls, but I find changing those settings in the app can sometimes remove all of those calculations.