Will dropdown font sizes ever be fixed?

There does appear to have been some progress.  The funny thing is that a manually-created dropdown works correctly in Chrome but not in IE 11, while a SharePoint list dropdown now seems to work correctly in IE 11 but not in Chrome.

Having same issue on IE

I've noticed a problem in which the font size dropdown in the Home tab in the ribbon doesn't work in the dropdown controls that are used for SharePoint lists (i.e., the Lookup control). I've also tried this scenario in both browsers, and I'm seeing the issue in which the fonts in Internet Explorer are a lot bigger than they should be. I'll contact the owners of those controls to get them fixed.

@scotthanks you mentioned that some of it works in IE, while others work in Chrome; I've found out that in Chrome it seems to work fairly well (see details below). Can you post some screen capture of what doesn't work in Chrome for you?

To test that I've built an app that uses both dropdowns from sharepoint lists (Lookup controls, inside forms), and from "regular" dropdown controls. I've set the font of one of them to a small value, and the other to a large value: 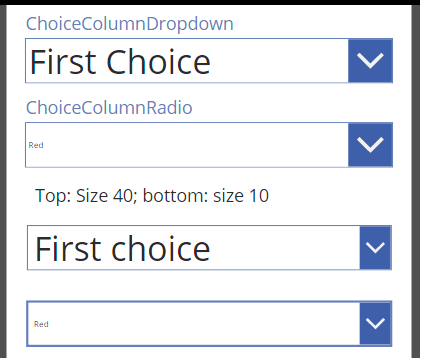 And here's what I see when I expand all dropdowns in Chrome - it looks correct to me (again, please post a screenshot if you see differently): 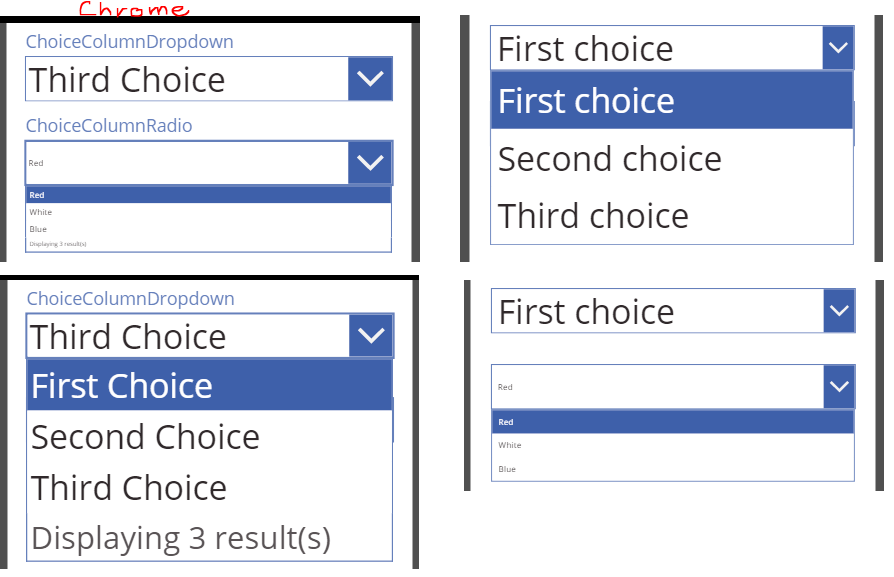 In IE, however, I see the font size in the dropdown being a lot larger. This is a bug, and as I mentioned I'll report it to the owner of that control: 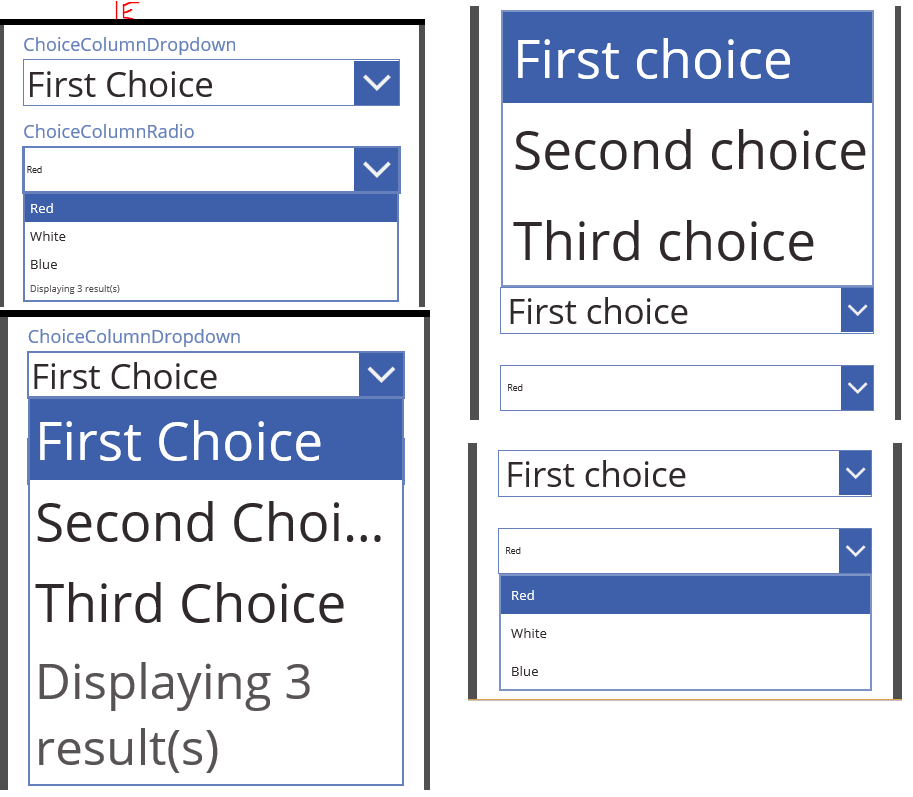 Thank you, @CarlosFigueira.  For some reason, I'm no longer able to reproduce the issue in Chrome.  I'm not sure why.  There must have been some other contributing factor like the version of Chrome I was using at the time or something.  Whatever it was, I'm glad it's working now. 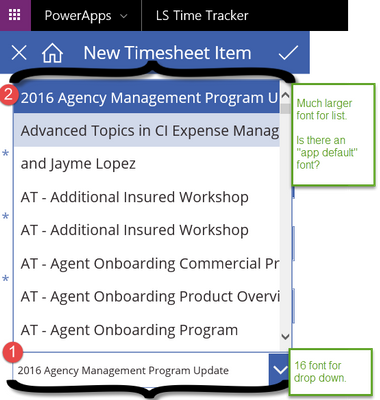 Anonymous
Not applicable
In response to CarlosFigueira

Would you have an update on when this bug might be fixed?

It certainly still exists for me when using IE... I saw this was logged as an idea here, but if this is a bug then it should be fast tracked. The screen just looks ridiculous like this with no way of fixing it.. 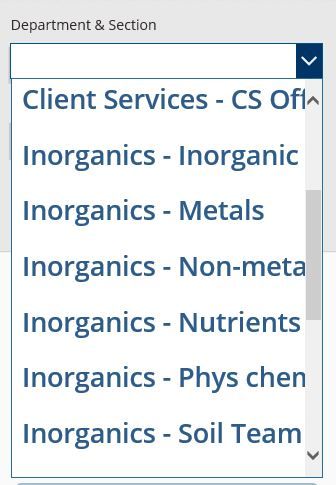 when I make a dropdown and open the app in the PowerApps app from windows 10, if I select a dropdown the choices are bigger, while it works fine in chrome. wtf really??

ps : also what a namechoice for this thing.

Hi, @CarlosFigueira this thread is two years old and I'm still experiencing the same bug: fonts in IE 11 are way too big but work correctly in Chrome.

The organisation I am developing for is still on IE 11 so I don't have the option of using Chrome. Is there somewhere I can track progress on currently known bugs?

Advocate II
In response to EdwardAhn

Internet Explorer is dead and very old, at least tell them to switch to Edge, it is still a standard tool from Windows, but at least is still supported.