how do you document a PowerApp?

Does anyone have any tips how to document all the settings and curlies in a complex PowerApp, so that the next person along does not have to figure everything out by trial and error? InfoPath had a horrible rule inspector, but PowerApps does not seem to have anything. Is that true?

So, what do people do to document their powerful apps?

You can backup the app by exporting an app as a package.

You can export an app via the following steps: 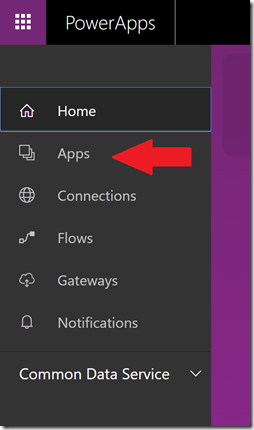 Manually. PowerApps was designed as an end user tool, and lacks standard IT functions like proper source control, good versioning, and support for any sort of documentation. So, manually.

By manually, I mean it would be great for someone to keep up a doc that lists the logic and reasoning of how the form works. For example, a list of all variables, and a list of every component that changes the value of a variable and why. It goes without saying that this sort of thing sounds ok, but many people have difficulty keeping the docs up to date.

more than two years later and there still is no better way?

Advocate III
In response to v-monli-msft

I don't know who set this as the "answer" but it is NOT the answer to my question. So I unselected it. My question is about all the variables, controls, rules, logic, etc that happens inside the app. How is that best documented? Still no answer other than "painfully manual".

Anonymous
Not applicable
In response to teylyn1

standardize your names, comment your code, and keep a change log. manual is all there is right now, but if you look at the app version number your can record it. I also tend to save to desktop to archive releases.

Indeed, two years later, the answer is still "painfully manual". However, perhaps check out the new experimental "PSAopa" tool that allows you to edit power apps in Visual Studio. While experimental, it shows that the issue is being worked on? Maybe in another year or two we'll have better capabilities in this area?

Advocate III
In response to Mike2500

Power Apps is marketed at the "power user", not developers.  Visual Studio is not in my tool box and never will be.

As a follow up, the tool I mentioned is challenging to use, even for developers. Or, perhaps "challenging" isn't the right word, but it lacks a good flow in that there are more steps involved than there should be for something that should be so simple.

So yes, 2.5 years later, the answer of manually still stands. For each power app I create, my docs consist of an overall explanation of the logic. I don't attempt to document every single custom element, but rather just try to provide an understanding so someone who is taking over the project can get a sense of what's going on and will know where to look for things.

This strategy makes it possible to keep the docs up to date, as I don't need to change the docs for each little thing, as I only add to the docs if the design or logic changes somehow. At the same time, anyone who reads the docs will know where the complicated bits are, and will know why it was designed the way it was.

The lack of documentation possibilities is indeed a huge problem if you want to have a maintainable application.

We started therefor a communit project. It is a console based application, which extracts the code and the comments from the source files of the Power App and creates a documentation in markdown format.

It is currently in an early stage, so consider it as as alpha.