I have 3 entities in CDS to store the many-to-many relationship between students and test campaign.

I import the data source into PowerApps as 'GMT Students', 'GMT Campaigns' and 'GMT Tests'

'GMT Tests' is the intersection table to record this many-to-many relationship, data structure as below

And I use below script to load the student, test campaign and the registration data into variables.

The CurrentStudent was loaded as expect, but CurrentTest has some strange result which has no GMT Student and GMT Campaign included.

But it does exist when I look into the entity data 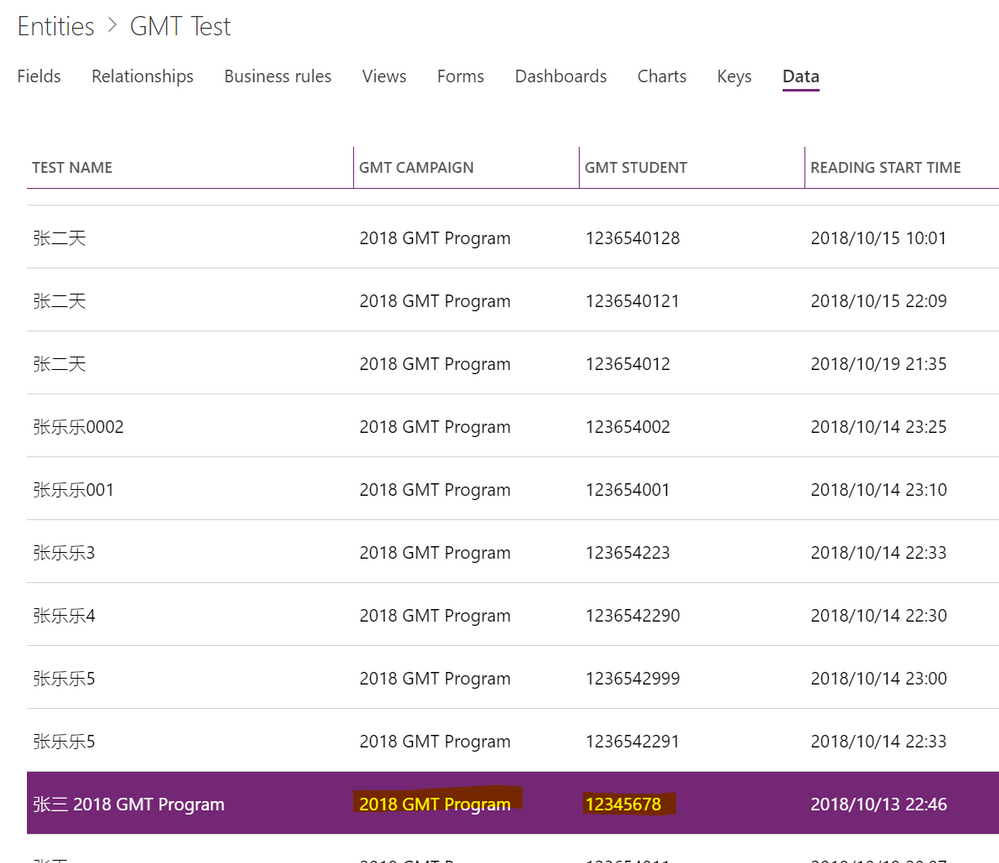 Actually it does work days before and I really don't know where is wrong.

Thanks for any help.

Have you tried to restore your app to a previous version to have a test? https://docs.microsoft.com/en-us/powerapps/maker/canvas-apps/restore-an-app

Hi there, I had the same issue, I was told it is by design, but by all accounts they are looking to resolve the display issue.

I think it can't be simply closed by "by design"

At least, there should be a "best practice" suggested from product team on how to get data from join table.

As mentioned in the following thread, seems like it's a bug (or by stupid design) and there is a workaround solution for that.

You need to add a column from the data source that is referencing in the lookup.

This needs to be fixed urgently.  It has broken previously functioning apps in production which is unacceptable.

The behavior change is not consistent with "Lookup to second level tables" specified in this post back in August:  https://powerapps.microsoft.com/en-us/blog/preview-for-improve-data-source-experience-and-common-dat...