29 seconds! A fun game to play with your colleagues with MS Teams! 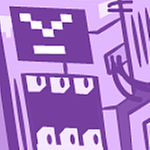 29 seconds! A fun game to play with your colleagues with MS Teams!

First, let me introduce myself. My name is Dennis Toet, i'm a technical consultant for the company PROACT.

Since almost everyone is working from home these days because of the COVID-19, I personally noticed that the amount of non-work related interaction I had with other colleagues drastically decreased. So I figured I wouldn't be alone on this and thought about a way to incorporate a fun game in MS Teams via PowerApps.

I built the game: 29 seconds! Which is based of the very popular board game in the Netherlands called: 30 seconds 😉

So you play this game with a minimum of 2 teams and a maximum of 4 teams. There is no technical limit of players per team, but to keep the meeting organized we would set the cap at 4 players per team, minimum is 2.

You play as a team against the other team(s). When it's a team's turn (each round only 1 team plays), 1 player of that team draws a 'card'. On that card are 5 words. That player needs to describe the words on the card to his or her team without mentioning the word, a part of the word, translating it or reference the alphabet (like. it starts with the 4th letter of the alphabet or.. starts with the letter M). That player has 29 seconds to do so. The other players of that team will guess the words.

Each word that is guessed correctly is 1 point for that team. After 29 seconds, it's the other team's turn.

So only 1 team plays per turn. And this go on till the win condition (no. of correctly guessed words) has been met which has been set by the host.

Watch the installation video! It describes the steps below:
1. Download the file which is at the bottom the page: 29 Seconds_final.msapp

5. Add the PowerApp to MS Teams via a tab in a team/channel.

Watch the rules video! It describes the steps below:

6. Create a team meeting and invite everyone who wants to play and join the meeting.

8. The host will share his/her Teams window, not the desktop! Because the host doesn't want the others to see his/her words!

9. Everyone needs to go towards the 29 seconds tab which has been created when the PowerApp was added to the Team.

10. Everyone picks their role. Remember, only the host will pick Host and player! the rest will pick Player!.

11. If everything is setup correctly you have the host sharing the teams screen which has the timer open. The rest of the players have the shared window at the top left of their screen so they see the timer. And a big button with: Show me the words! in front of them. Don't click it when it's not your turn!

11a. The players (not the host) can click on the little globe in Teams which will open the game in a browser so they can have the shared screen of the host at the normal size so they can see the other players aswell.

12. The host sets up the game using the button: Configure game session. He/she will select the # of teams, add the players and select the wincodition of how many words that needs to be guessed correctly. After that he/she keeps pressing the button: Divide players randomly so that players will get assigned to a team.

14. The game will decide which team begins.

15. The players of that team will decide which player is going to start with describing the words (we usually begin from the top of the players list)

16. The player that is going to describe the words needs to countdown 3,2,1... so the host can start the timer.

17. After the countdown the player presses the button to show his/her card with the 5 words. He/she then has 29 seconds to describe the words to his/her team without mentioning the word, a part of the word, translating it or reference the alphabet (like. it starts with the 4th letter of the alphabet or.. starts with the letter M).

18. When the timer stops the players will see the timer going from green to red. The host will hear a gong sound.

19. The host will award the team points. 1 correctly guessed word = is 1 point.

20. Now it's the other team's turn where you repeat the process.

21. The only exception is when it's the host's turn. He/she will not have the button: Show me the words! He/she will FIRST press the button: Words for the host and immediately after start the timer. This button: Words for the host will open a browser screen with the 5 random words. And since the host only shares the MS Teams screen the other players will not see the browser session.

The other players will need to let the host know (or the host hears the gong) when the timer ran out.

22. This continues until the wincondition has been met.

If you want to know more about this game, future updates or contact us if you have any questions/suggestions... please visit:
https://29seconds.peopleware.nl/

or send us an email:
Mail us

I've added 2 Youtube video's, 1 is for the installation and 1 is for the rules. These are in Dutch! However, you can still see the steps I take and within the PowerApp itself is a button: "How-to" which explains it in English, in text.

We hope everyone has a lot of fun with this game during these times!