The process would work perfectly fine if it is running one per 30 sec or so. But when multiple flow run is initiated at around the same time this error would occur.

Additionally, I had set the concurrency control has been set to limit of 1.

What I want to do is to use a variable as a number to create a reference number with the variable's value, where it would reset if certain conditions are met. And saving the variable into a column (tempNum) which would be use for the next run. 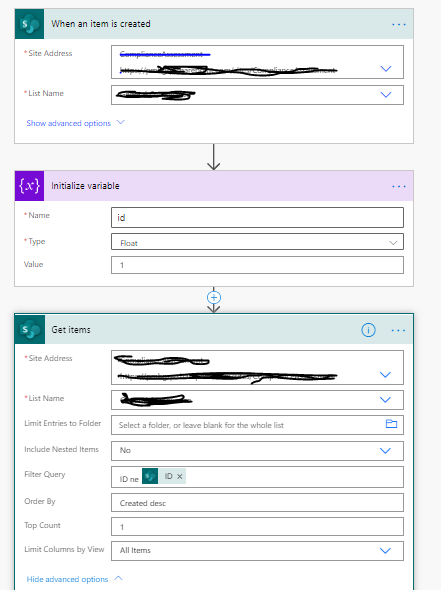 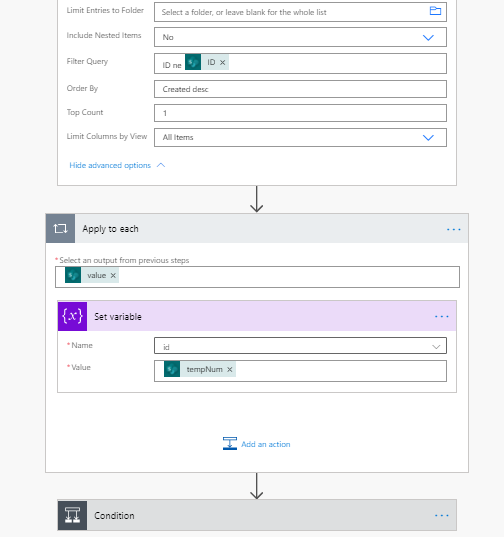 The error would occur during setting the variable id with the previous data'a (tempNum), after the get item process.

I've downloaded the outputs and discovered that when multiple flow is runned at the around the same time, the value from (tempNum) would not be called. But if only one flow is being runned, the (tempNum) value is called. 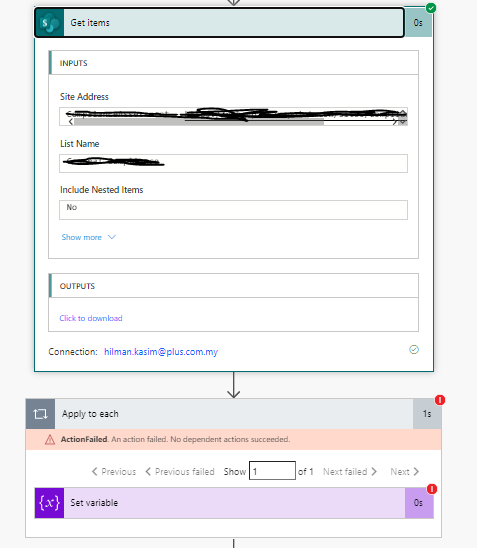 I would very much appreciate if anyone could help in providing more insight into this. I have only been using power automate for a week or two, and is unable to find the solution to this. Thank You