Apply to each error when parsing JSON - "the result of the evaluation of 'foreach' expression '@items('Apply_to_each_2')?['products']' is of type 'Null'. The result must be a valid array."

I'm parsing a JSON using flow to create records in D365 for Finance and Operations. I have nested "apply to each" statements to read through each object in the JSON. Currently, this Flow successfully creates all of the records in the JSON, but errors saying that I'm getting a null value. Anyone have thoughts on potential fixes? I've tried recreating this Flow to see if it's just an issue with a designer, but keep getting this same error. 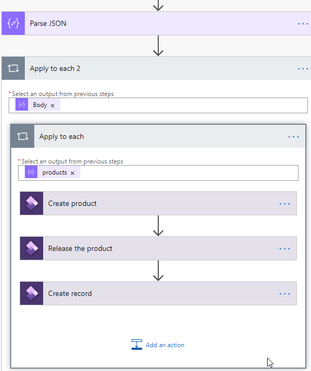 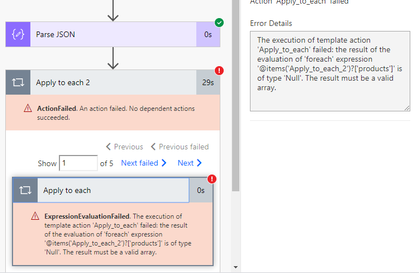 In your run that you posted,

I'm taking in a file from OneDrive, and just have my schema. Could it be the schema that needs updating? This is the first time I'm working with JSON files, so I'm not sure what I could be missing from that aspect. 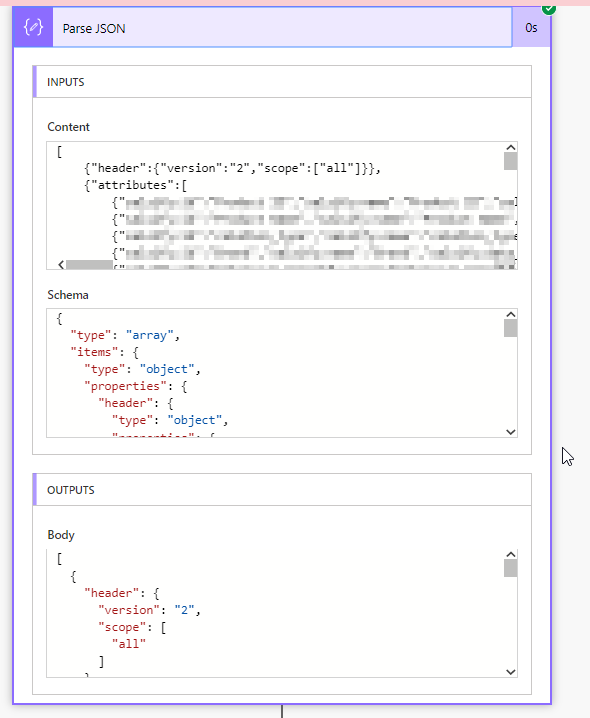 Yes this seems to be a issue with your JSON

Try and update. You could try to add a Compose action and use the json() expression.

Than use a Parse JSON on the outputs of the Compose

As a follow-up: this error occurred because the JSON has multiple objects, some with nested objects (i.e., the JSON has a hierarchical structure). Initially, I used the parse JSON task to read the file, and the flow would successfully create the records, but would give errors saying that the last object in the file, "products," is null.

I was ultimately able to get this flow to work by just placing a condition to proceed with creating the record if products is not null. 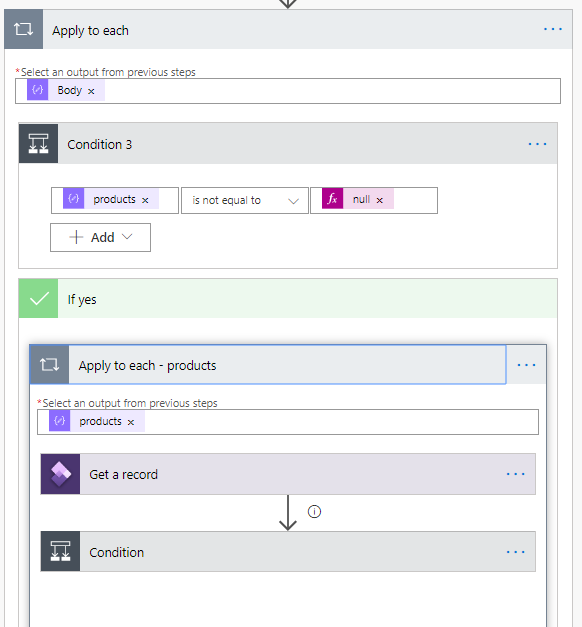