Approval request is no longer sent to Outlook

We re-added the user to the flow, but that didn't change anything.

Does anyone have any idea why no mail is sent to this particular user?

Can you please check whether 'Enable Notifications' is set to Yes in the approval task? 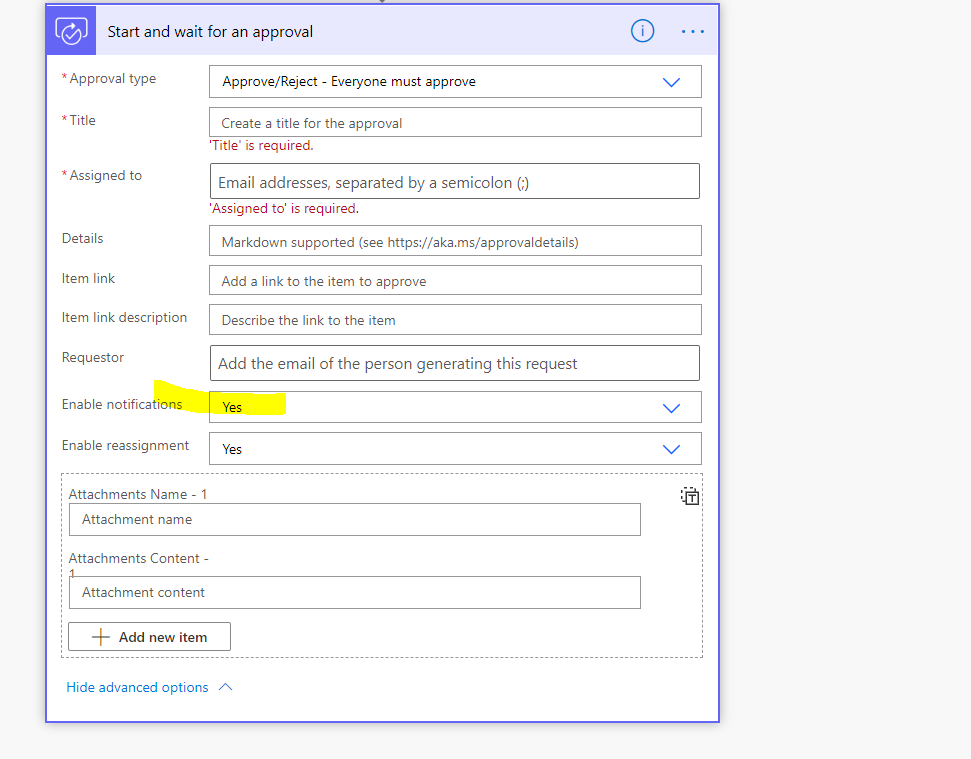 thank you for your answer.

Yes, I already ensured that this is set to "Yes". I guess otherwise the other approvers from the flow would not receive mail either.

The problem exists in all flows where the person is stored as an approver.