We are using a CDS Update record connector, and instead of updating the existing record - it is creating a record.  Has anyone had this happen?  I've got two screen shots below to show a preceding step and the actual CDS connector in question.  It is meant to update an invoice record, but it is creating one - and not evening doing the requested update on the newly created record.

This first screen shot is to show the preceding steps that are driven from a CDS List Records, which is listing a relationship entity 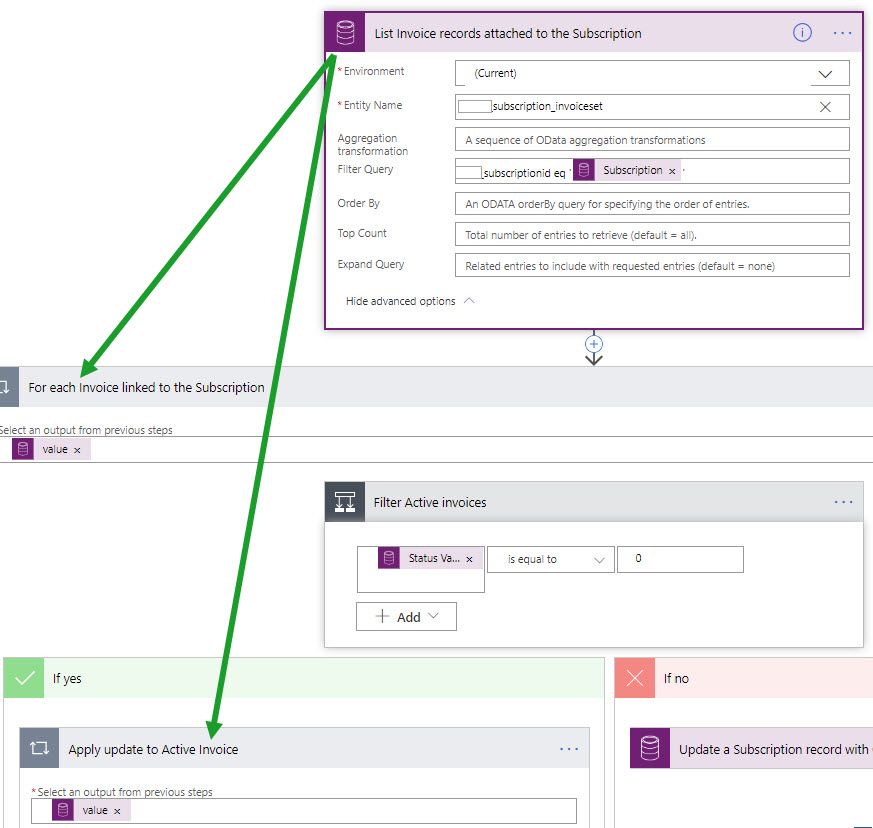 This shot is to show that it really is the update record and not the create record.

@Tarjani - Have tested using the "Common Data Service (current environment)" connector? You can only use this connector if you create the flow from a solution file.

See if you get the same result as you are currently experiencing.

Advocate III
In response to PowerBack19

We only discovered the CDS (current environment) connector recently, and a few days after my original post we were advised it has to be used within a solution - but I hadn't yet thought to apply it to this problem.  Thanks for suggesting that.  I will try this once we have finished some current testing on another issue, and come back to update.