I am very much missing the ability to fill out the Notes section of my Planner task with Fields from my Microsoft Form. Can we please get this functionality implemented. I keep checking every couple months to see if it's there and it isn't. It's a huge pain to have to copy all that info into my task by hand.

[ I also blog about Power Automate solutions even for non-IT people. ]

Thank you so much! How do I get ahold of that task ID for the incoming action?

in my example it's the 'Id' output from the 'Create a task' action that I used before to create the main task.

Whatever I put in that field doesn't go to my Notes in PLanner task. Is there a bug? Did this work for anyone?

Hi. Can anyone verify if this doesn't work? I can't see either "Notes" or "Description" in Power Automate

Memorable Member
In response to Sresnd

In the "Update task" action, there is a "Description" field which maps to the Notes section of a task:

In the example shown, I'm populating it with a question named "Description" from a MS Form. What's not shown is the "Create a task" step that's just before this action. The "Task Id" field is populated with the ID of the task that was just created. I don't understand why more basic components of a task (like the Notes, Attachments/References or Checklist items) weren't included in the Create task action, but as long as those can be handled via the Update task details action, it's a minor inconvenience.

Thank you for your reply. But I still don't see the text in the "Notes" field in the created Planner task.

Can you see what I'm doing wrong? 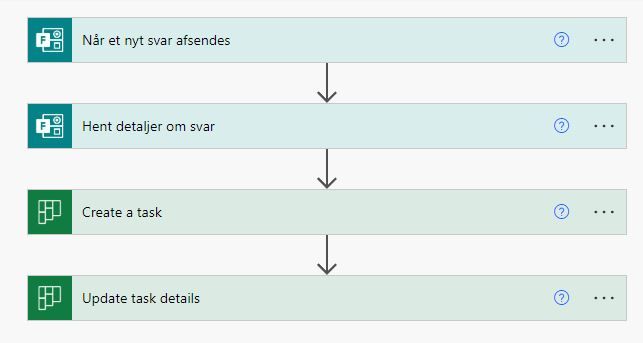 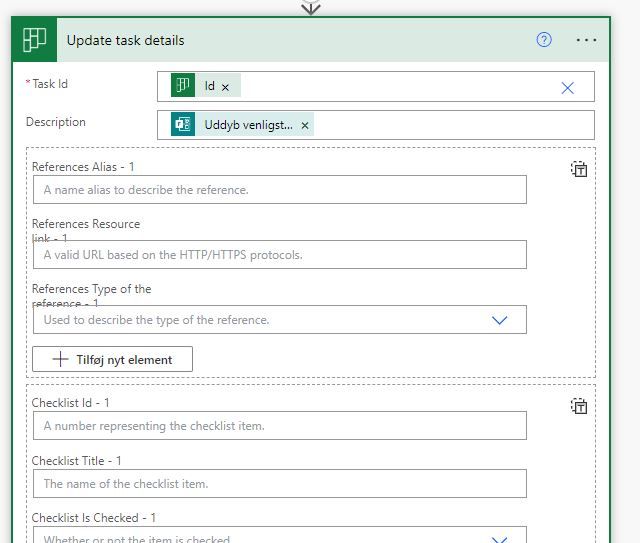 I got it now. Thank you for your help 🙂

Memorable Member
In response to Sresnd

Did you view an actual flow run to ensure that:

1) The "Get response details" is retrieving the question's content correctly

2) The input is populating in the "Update task details" action

I'm running into a similar issue, what specifically resolved this for you?