Input the first approval response to another approval details

I will like to know how to set when 1st approval approved and response in approval text box.

Flow waits on the Flow run on each "Start and wait for an Approval" Action - the Flow run is not stopped, and it is waiting there on the Action block in the Flow Run until that Action is resolved (i.e. until Approved or Rejected)*. So you can simply add the steps you want it (even possibly another "Start and wait for an Approval" action)  below it and just simply use the Approval Response directly in the same Flow as a Dynamic Content. 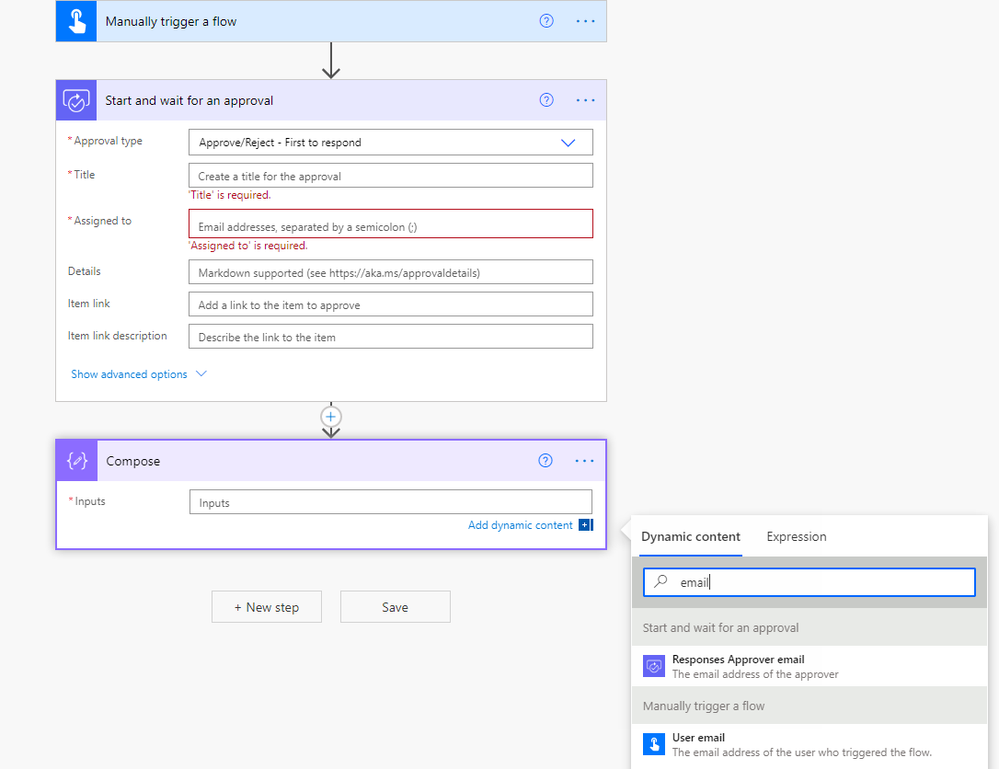 Notice that it automatically wraps an Apply to Each. That is because there could be more than one response.

Even if I selected "First to Respond" - Power Automate presumes there could be more than one response: 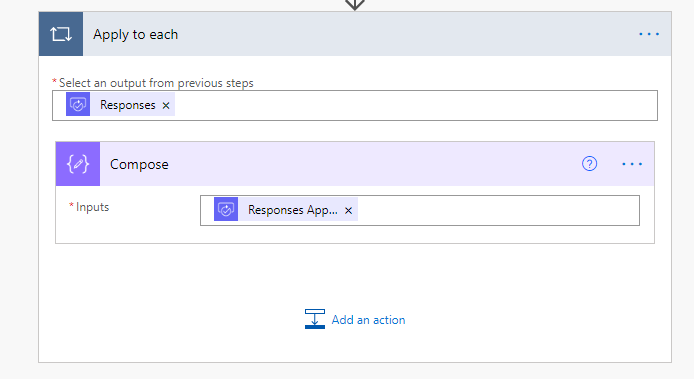 You have two choices

1. Initialize a Variable at the top, and Inside the Apply to Each, Set that Variable with the "Responses Approver email" If there is only one response, this will work - then use the Variable as Dynamic Content on later steps after the Apply to Each

2. If you are absolutely sure you want only the very first response and do not care if there are any others (for example - if you say "First to respond" - there will always be only one response anyway, even if Power Automate forces the Apply to Each on there, it will always be one iteration in that case) - then instead the Instead of Apply to Each, just use a custom expression to get the first item of the Responses Action, and then get the equivalent of "Responses Approver email" as an expression, like this:

The above Compose example is not in an Apply to Each - in fact, it is instead of it when you are sure you want a specific field of the first response only.

If you prefer, you can use a Compose to get the first item and store it for temporary use:

Suppose a Compose Action block named Whatever_compose whose Inputs has an Expression like this:

(the above will keep in mind the first element of "Responses")

and then you could use that as a basis to get the Response fields you want in later Action steps, like this:

Where 'Whatever_compose" above is the name of the Compose action containing just the first item itself above.

*Note: Note that a Flow Run terminates if it is still running for longer than 30 days - just keep it in mind. There are ways to work with this but I won't go into them for now for simplicity.