Iterate through fields of a form

I'm trying to sanitize the fields from my form before they can be sent in an email. This allows me to block certain injections such as html, javascript, etc.

I want to sanitize all of my fields returned. I have a general idea of how to sanitize them, my problem is more on going through all my fields that my form has. I can't put the Body returned by the form in an apply to each like I tried to do, because Body is an Object. I would need to translate what that object contains in an array that I can iterate through. 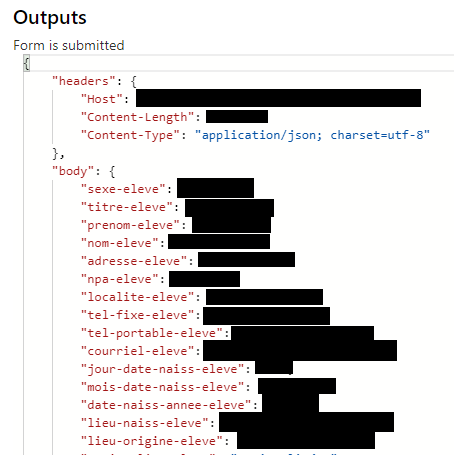 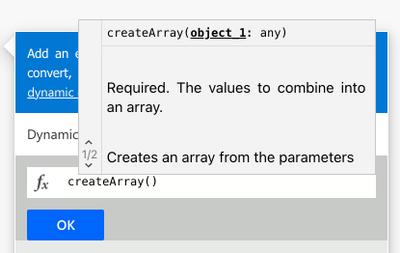 If the information shared helps you, please consider giving a thumbs up 👍and mark solution as resolved

Anonymous
Not applicable
In response to Gopala_Krishna

Thank you so much for the help. I was able to create an array based on the Object thanks to you.

I had an idea on how to do the sanitising but something seems to be wrong. Maybe if you can help me with that it would be very helpful also.

I created an array variable of my object called "RawInputs", and I also created another array variable called "InvalidChars" that contains the characters that I typically want to replace. The third variable I created is called "Temp", and is just used to make the replacing happen.

I make an "Apply to each" on my "InvalidChars" variable, and then I set my "Temp" variable to something like this :

The problem with this is that it creates an error saying that the first parameter of replace has to be a string. Do you have any idea on how I could make this happen ?