I've built a simple button flow to capture a few pieces of info from the mobile user, and then passes that data and the latitude/longitude of the mobile device to a SP list. Later on, PowerBI plots the positions on a Bing map on dashboard view. I have an issue with the accuracy of the latitude & longitude coordinates and wonder if anyone else has experienced this and knows a remedy.

A quick view of the PowerBi Map: 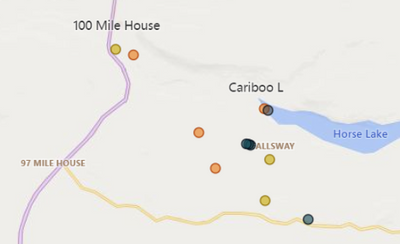 These dots represent data points that are all supposed to be within 20-30 meters of one another. The map instead indicates they are several kilometers apart. I understand perfectly that the GNSS readings from a mobile device aren't much better than 10m accuracy, so why would they be spread over such a large area? Is there something about Power Automate that degrades accuracy? I have seen the same behavior with both iOS and Android mobile devices.