Parse JSON - Why does it not follow the Schema? It adds in things that are not part of the schema, so whats the point?

This issue isn't specific to any one given Parse JSON schema but everyone I use.

My goal is sometimes I only want part of the Schema to be populated so in the Parse JSON I actually very specifically create a schema that has only certain parts. But no matter what, Parse JSON still adds in the stuff I don't want and in some cases it adds a huge amount of extra work to get rid of it, if i can at all.

in the example below all I want is the value, I do not want, the id at all, so my schema is set to only even mention that value field, yet the id field shows up in output

There truly seems no reason to put in a schema, when as far as I know, I cannot annotate nulls/skips/etc and leaving the stuff out, it still populates. 100% reproducible.

Anyone able to figure out how to stop this from happening? the schema is just an example, but I really want to leave out the things I don't want, without having to later array filter them or remove them.

Here is a different method that doesn't use Parse JSON. We can use a Select action to specify the property we want to select (extract). 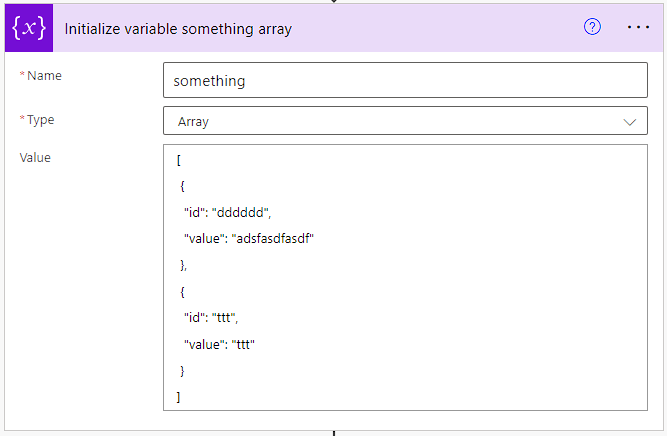 The runtime show that the Select action produces an an array containing the value property: 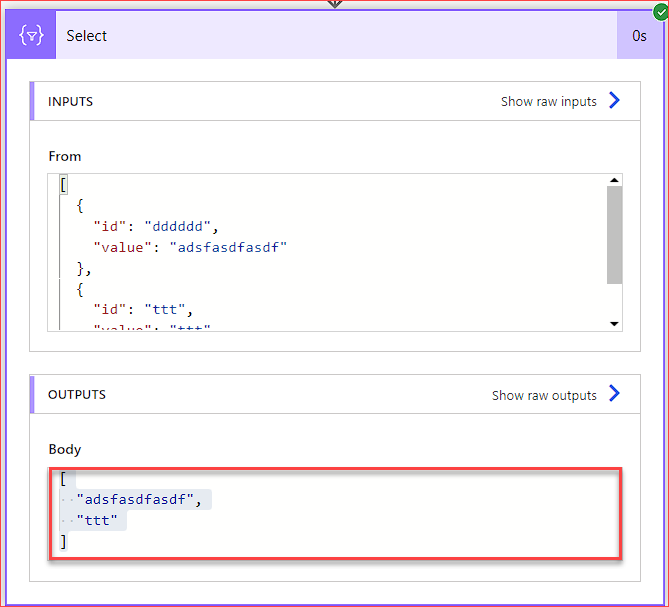 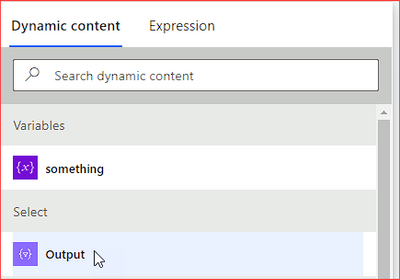 Totally agree in simple jsons it works ok to add another step, but in more complex it becomes impossible especially based on layers of objects because then you need arrays and indexes etc.