I recently discovered that Power Automate has a rate limit policy (https://docs.microsoft.com/en-us/power-automate/limits-and-config) and reading the metrics that are applied means that I could encounter throttling. For the record though, Microsoft says that throttling is not currently in place

On the flow maker portal, you can manually extract some (simple) analytics for each flow which will tell you the number of total actions executed each day and the number of runs each day. 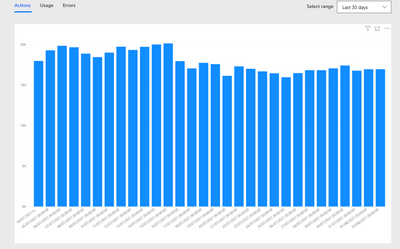 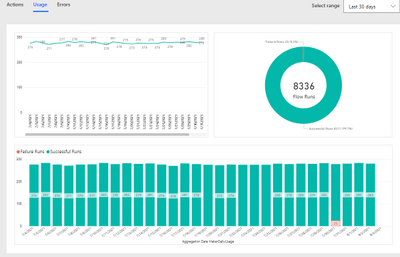 The problem I have though is that I am part of a pro-dev team that write a lot of business automation flows so I have created over 100 flows... and other members of my team have over 200 each... so manually pulling this data together is not really possible. Also, the data provided isn't detailed enough because it aggregates ALL actions .. and I really need to know how many are API actions too. And, given that we also have a vast citizen developer community, we want to keep a track of their flows too ... and we have over 3,000 flows!!!!

The CoE toolkit does a good job of aggregating a lot of the data together, but it does not pull in the run-action data... just what actions are present in the flow ... but its not simply a case of saying that it has "2 API Connectors" so that's 2 calls per run... what if its part of an "Apply to each" ... it could call those 2 actions 100 times each.

So... here's the bottom line.... Obviously, all the run action data is stored somewhere because you can go into each flow run and see what actually happened, what actions were executed / API call-outs .... <= I NEED TO ACCESS THIS DATA via some data connection so that I can pull it out using a flow...  Where can I find it?