Does anyone know how to make the Power Automate tab within a Teams Channel more useful??  When I open it, no flows appear?  I would ideally like to 'pin' the relevant flow to the tab in the Channel for ease of getting to it to see the runs.  Any ideas?

I have tried various ways of creating the flow.  I even included a final step to post a message to the Channel to try link them together.  While the Power Automate tab now lists the Team/Channel it relates to, the tab in the actual channel itself does nothing?

I have since worked out that this only shows the Flow if the Channel is Standard (and not Private) and the flow is shared with the Team as an Owner.

But this opens up the flow to the entire Team which I don't want to do.  I wanted to restrict the flow access to the those that need it? 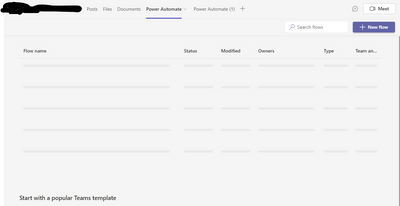