This is not a question, but a lesson's learned.

I was wanting to have a recurring flow every to minutes to update a single record in SP.  Well, I lost a little bit of time (figured it out by ACCIDENT!) that using spaces in the "At these minutes" criteria caused the action to FAIL with "Invalid minutes value" message!  Whaaat?? 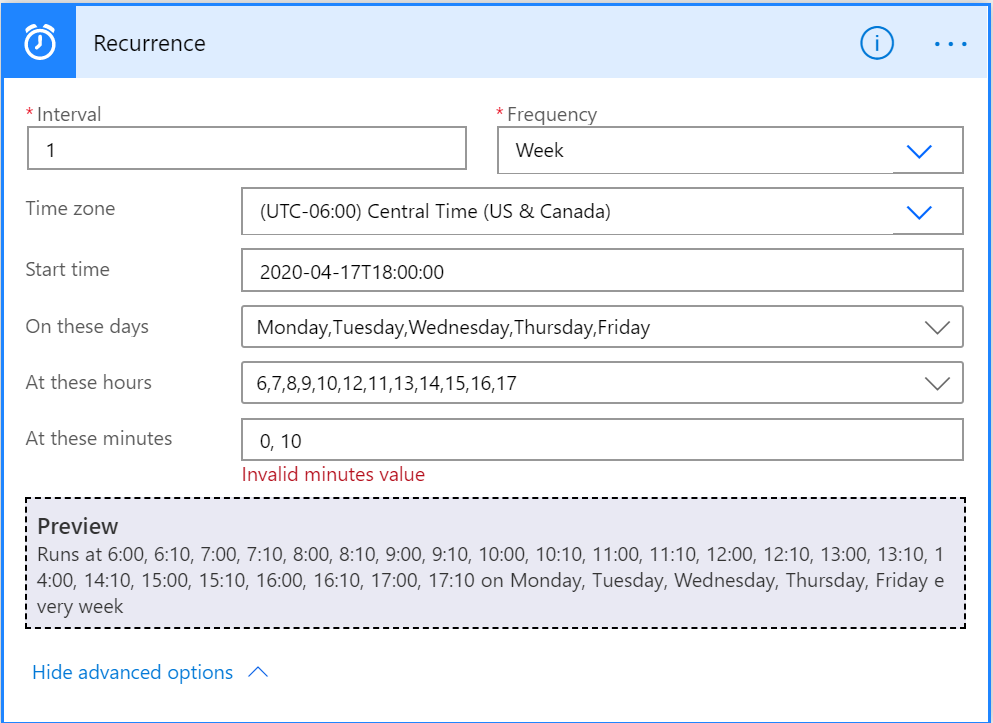 Note that despite the error, the preview still shows correctly.  I beat on this for a while, then by chance, did not put in a space once, and it worked.  I concluded then that the space was the issue.  I also note that the hint does not show a space.

This is NOT an intuitive matter.  The hint should say something about that, or code written to allow spaces.  This is one of those things that builds frustration.  A simple matter that could be easily remedied.

This is a lessons learned post, not a question, and is thus - answered.

This is the working action: 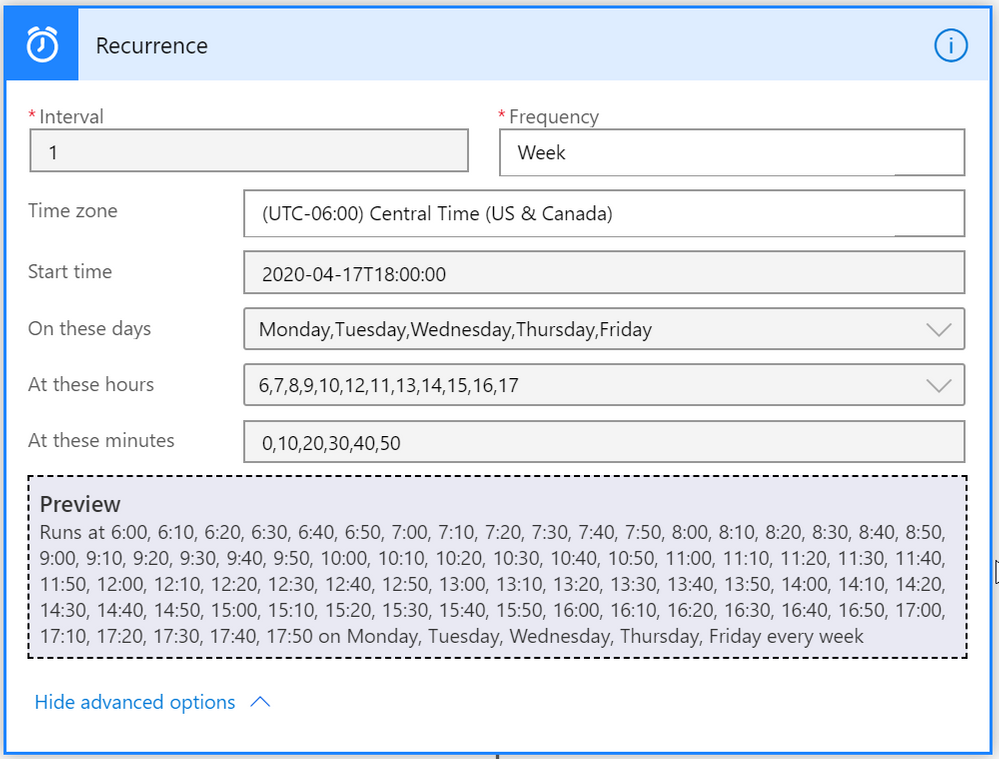 This is a lessons learned post, not a question, and is thus - answered.

This is the working action:

Don't put a space between the comma and the minutes