It all works perfectly, except for when I want to include a period as part of the name.

Example: I have a file named Test.docx and I want to concatenate the version number to the name which might be 1.0, 3.4, etc.

But for some reason the REST API seems to see a period and only take the stuff on the left of it.

Does anyone have any idea how to include the period and everything after it so I get something like Test 0.5.docx?

Below is the Power Automate steps. 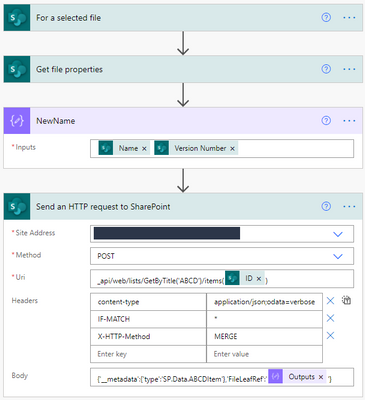 @grantjenkins you need to pass the filename with extension 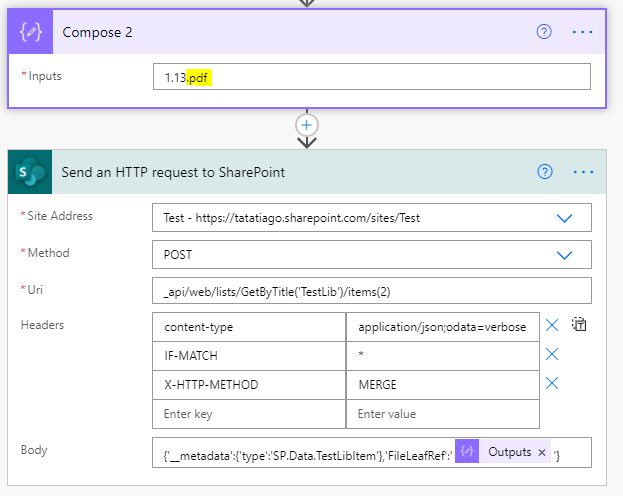 You will also get file extension from Get file properties and then concat the name.version.extension and pass.

@grantjenkins you need to pass the filename with extension

You will also get file extension from Get file properties and then concat the name.version.extension and pass.

Thanks so much - works perfectly. Note that I had to extract the file extension out of the "File name with extension" property - would be great if they just included a property with just the extension, but beggars can't be choosers 🙂