I would probably use some variables and a logging command of Azure Pipelines, https://docs.microsoft.com/en-us/azure/devops/pipelines/scripts/logging-commands

You could use a PowerShell task to execute these kind of commands.

Below is an example of a flow which queues a new build, waits for it to finish and creates a release with the latest build number. 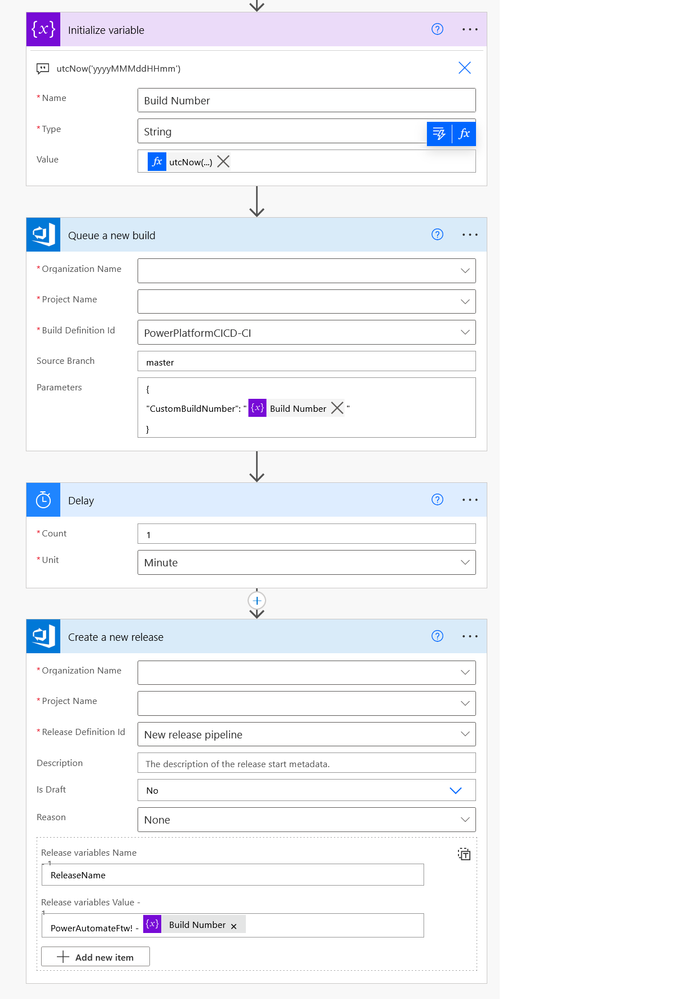 In Azure DevOps I used the settings below.

1. Build Pipeline has the following variable

2. In the options the Build number format is set to use the new variable.

3. The Release Pipeline has the following variable.

4. The Release Pipeline uses a PowerShell task which updates the release name with a logging command.

Hopefully this helps a bit?

Thanks for the details . I could not find the connection where you are creating this release for that build number only . I see that you are updating the release name using powershell task but how are you setting the build number for that release

Thanks for sharing a bit more detail about your requirements.

Within the flow I shared earlier I queued a specific new build. Lets say B (that is selected in the Build Definition ID field). I added a delay which should cover the time which it needs for building, in my setup 1 minute. After that the new release is created with the latest build. Which should be B, because it has just been build via the flow.