Trying to start a free trial for Desktop Flows results in InvalidTokenAudience error.

I'm trying to spin up a few Power Automate trial accounts for several people in the organization. So far two people had no problems with trial account activation and the other two receiving the same error while trying to press "start a free trial" button. The button does nothing but there are two failed requests in browser console. 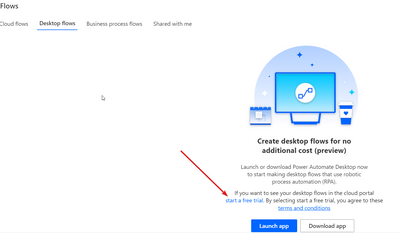 One of the requests trying to reach this url:

and it fails with the error:

Another request is for:

I guess the second error is simply the result of the first one, but I thought I'll mention it as well just in case.

Once again, this is pretty weird: four people from the same organization in the same environment tried to enable the trial and it worked only for half of them.

Have anybody encountered similar problem? I discovered another post regarding this issue, but without any details or answers, so I might as well bump this up.