When a new email arrives (V3) not triggering

Having an issue with When a new email arrives (V3) trigger here this morning.  It just won't trigger consistently, if at all.  I've tried in two separate customer environments with the same result. It's triggered a couple times on each, but with no set time frame, and it didn't trigger on every message received in that time frame. For instance, I sent 4 emails at the same time to the monitored mailbox.  20 minutes later, I see the flow ran once.  One has gone for over an hour without triggering, I've received about 2 dozen emails in that time.

I have an identical test flow that I created back in February that's doing the same thing and is working.  Literally identical. Only difference is V3 uses the new API method to connect

Both tenant accounts I tried with have a full E3 license.  Both have many 'When a new email arrives in a shared mailbox' flows that are working just fine.

I'm not getting any errors.

My flow is literally just two steps here while I test

Tried it with and without a To defined, as well as trying different folders. 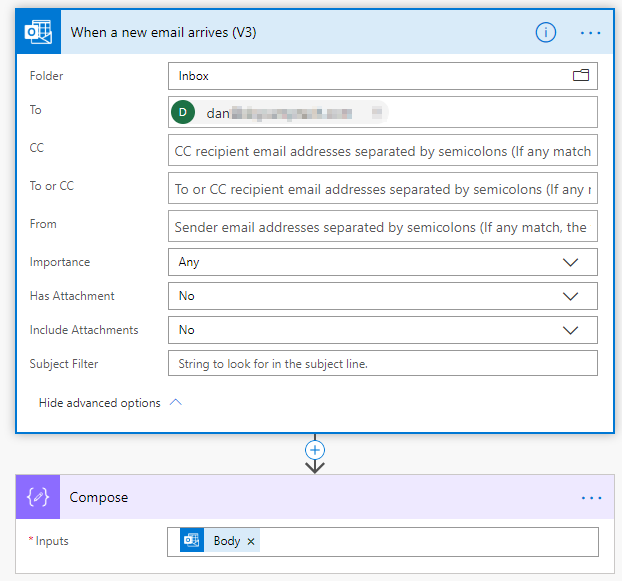 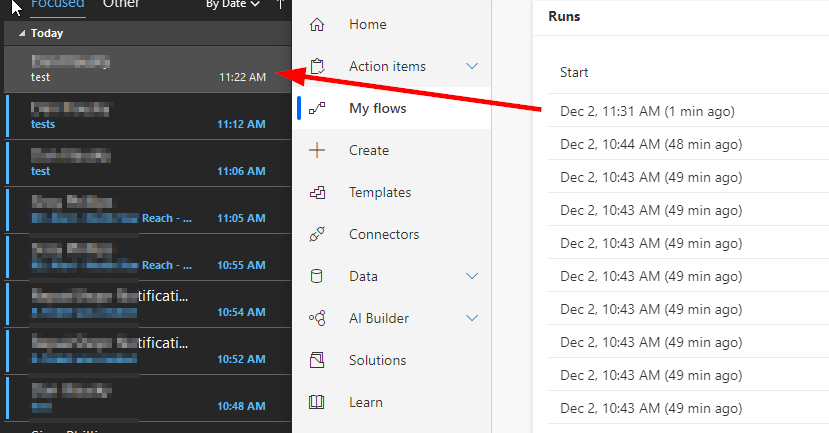 Is anyone else having an issue with this?

Do the emails you use for testing all have the same content and are sent using the same email address?

I noticed that you configured the To field, which may filter out some messages and not trigger Flow.

I did a similar test on my side, but Flow can be triggered normally.

I am having the same issue that started today. Prior to about 6 hours ago the "when a new email arrives" trigger was working properly, with hundreds (if not thousands) of flow runs triggered over the past month or so. Then today it stopped working, or will only work very sporadically (once every 5 or 10 emails).

I've done a bunch of testing including creating a brand new flow using that trigger, with no conditions (to/subject/attachments,etc.) and it is not working either. If I turn off the flow, send an email, then turn it back on, it will pick up the emails that arrived when the flow was off, but there is no way I can get it to pick up emails that are arriving while the flow is on.

Due to some legacy systems we use where an email is the only notification we have to trigger a process flow, this is a very important trigger for our org. Hopefully we can get this solved asap!

I tried both with and without the To field configured yes.  Emails had varying content, but the most basic ones were just test / test as the subject and body.

How many tests did you do?  Again, it will trigger occasionally.

I also did a lot of tests today. I often use this trigger when dealing with other problems, but Flow can be triggered normally.

This is Flow run history: 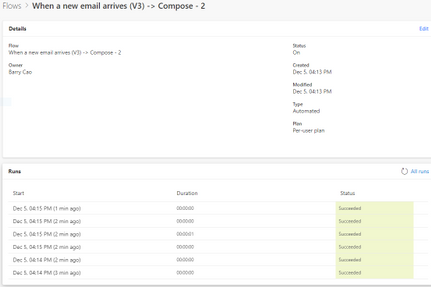 @DKassian , we are currently unable to confirm if this is an issue and not able to provide a suitable solution to your current problem. If this issue has affected you greatly, I suggest you contact support for further assistance. 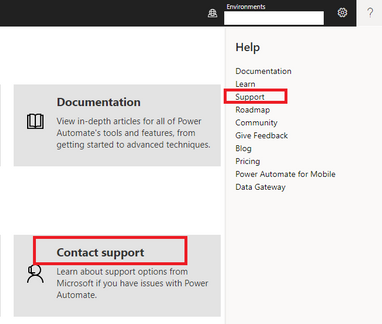