parse JSON for custom connector with no dynamic fields

I found myself having difficulty "discovering" the fields from my custom connector.

The api I am using does not appear to have their dictionary set up so that flow can get the field columns dynamically.

As a result I thought it was not possible, however I found that dynamically is not possible but with parse JSON it is.

I had tried parse JSON with no luck, except this time I tried something different I pressed the link "use sample payload to generate schema..." under the text box.

It is not clear on the interface that pasting into the box and pressing the link to generate the schema are two different methods.

I figured pasting the payload JSON would figure out the schema but it was not so, you have to click the link.

Anyhow I can get my fields now, makes it much easier for anyone else who also needed help with this: 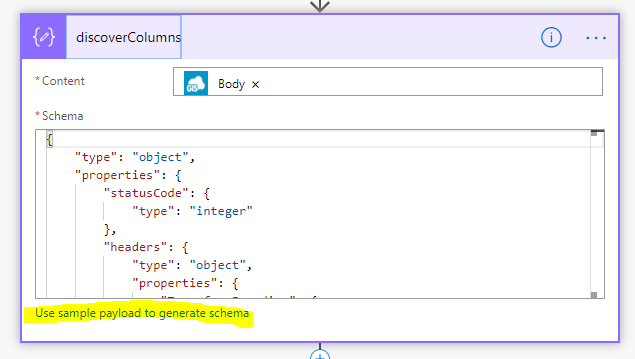 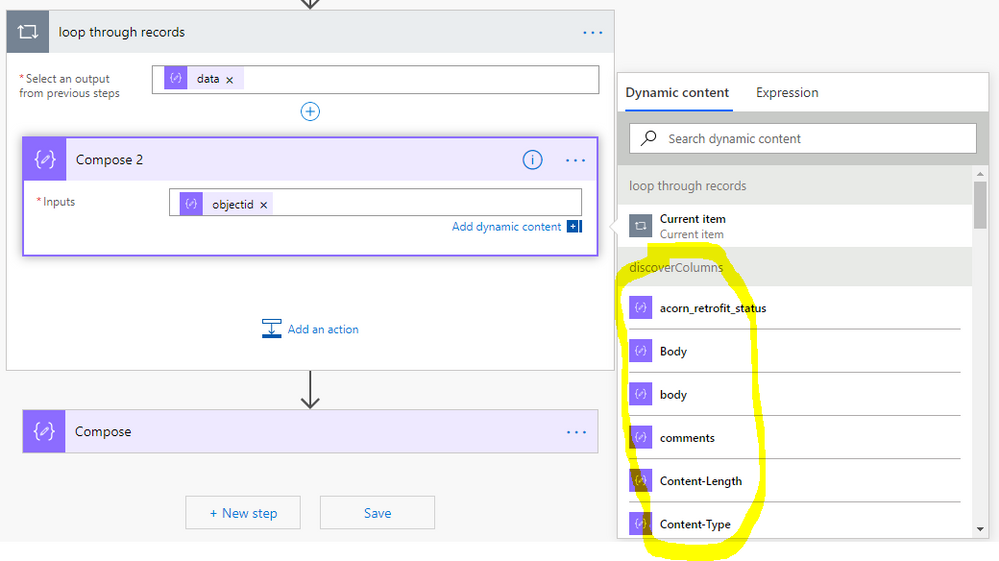 I am glad that your question has been resolved and thank you for sharing. Basically, when using Parse JSON action, the set of sample responses is populated in the location of the diagram to automatically generate the schema. 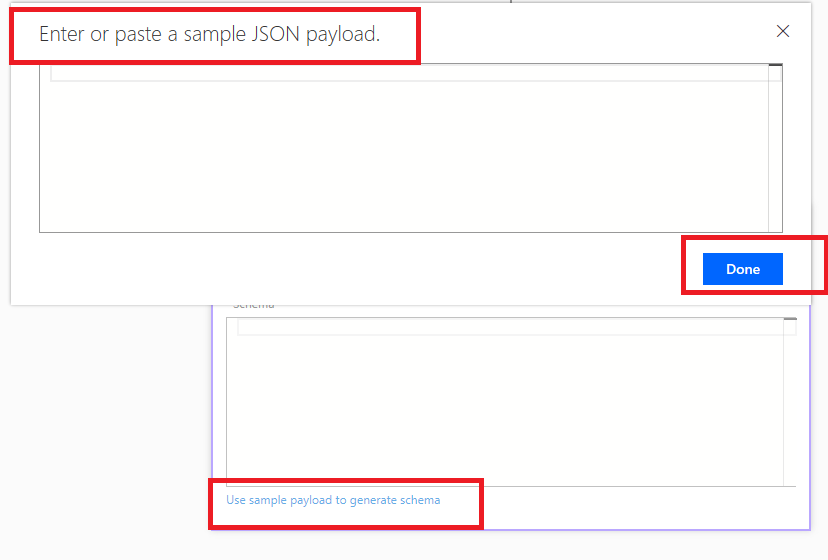 In this way, it is convenient to refer to the data in JSON response through Dynamic content in the following action.

For more instructions, please refer to the following blog: