Flow continues to execute unexpectedly when a top level action fails and encounters an action with "Configure run after" set to "is skipped" down the logic tree.

When top level flow action fails, the entire flow continues to execute unexpectedly; when flow encounters an action with a "Configure run after" condition set to "is skipped" down the logic tree, it will execute.

When top level flow action fails without an immediate catch in the next action, flow should terminate and exit immediately.

2. Add Action (Setup to fail) (test sample: SQL Get a row (v2)) (This should fail and terminate the flow; it does not)

5. Add Try 2 action (Try) (Setup to fail) (Configure run after == "is skipped") (This action executes because "is skipped" run condition is met from Step 4, but flow should have terminated at Step 2 after the action hard failed; I would expect that Step 5 should never execute, but it does.) 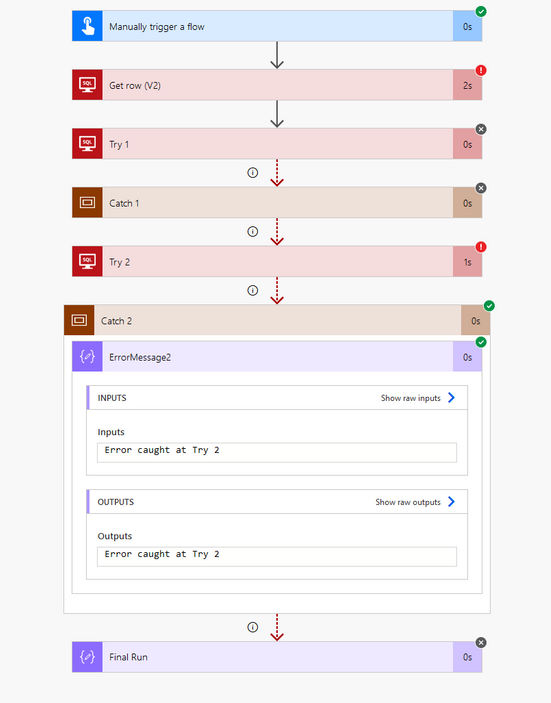 A possible workaround is to setup a catch to terminate the flow after each Action; very cumbersome when the complexity of the flow increases. Does not work inside an Apply to each loop as the Terminate action cannot be added inside of a loop.