I think it's a bug, although it could well be that I am doing something wrong.

I created a flow that picks up an RSS news feed and adds the relevant news (based on conditions) into a SharePoint list. Sometimes the feed outputs the same news title, so I am trying to remove the duplicates.

See example below: The News title is " Why Flexible Gas Generation Must be Part of Deep Decarbonization" and we can see it in the String variable above, but the contains criteria doesn't catch it and tries to append it to the list. 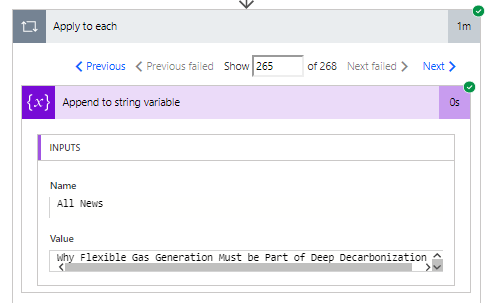 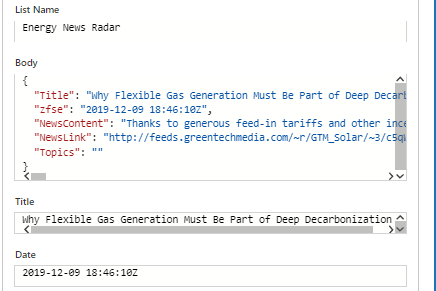 And this is the last part of the flow - it fails at the contains: 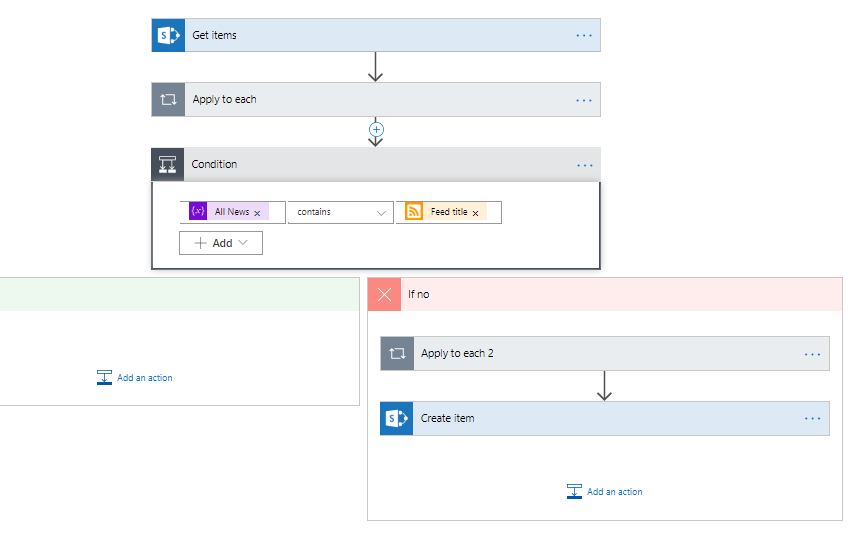 Hope this makes sense - any thoughts?

Could you please share a full screenshot of the configuration of your flow?

And could you please share the full screenshot of the run history of the flow?

Anonymous
Not applicable
In response to v-alzhan-msft

This is the full flow - it's quite big, I tried to screen shot it. 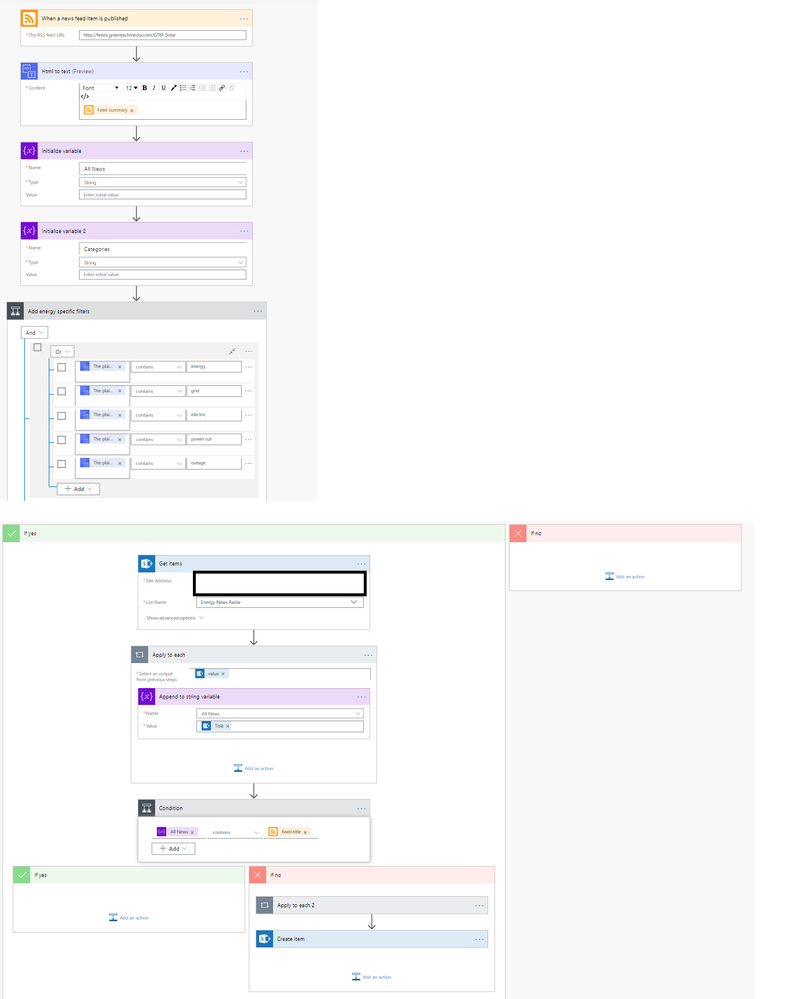 I can't run it with a previous failed run because all the following runs were successful at the moment, but I'll add a failed run if I get one this week.