Over the last couple of years, I've been encountering an issue where Power Automate runs for a file that has not been modified. For example, the data file for our fiscal year July 2019 - June 2020 (FY20) would have technically last been modified around July/Aug 2020. During FY21 (July 2020 - June 2021) when the automation would run daily, the automation run would properly update the FY21 data file, but would also somehow cause the FY20 data file to have an updated modified date and it would end up clearing that data file to be 0 bytes instead of 271 KB in my Azure Blob Storage container. The issue would happen once shortly after the next fiscal year would begin and its new data file being introduced into the flow.

The only way I've been able to work around this is manually re-submitting the FY20 automation run daily. I've tried creating a new file several times and the flow run would be successful and show as 271 KB. The file format is the same for all of the files in the flow. (Each file per fiscal year is being run within one flow; none of the other files are being affected.)

I've attached a screenshot showing the setup for this flow, which has been our setup over the last couple of years that we've been using Power Automate.

Has anyone else experienced this and had the issue resolved? It seems like a potential bug... 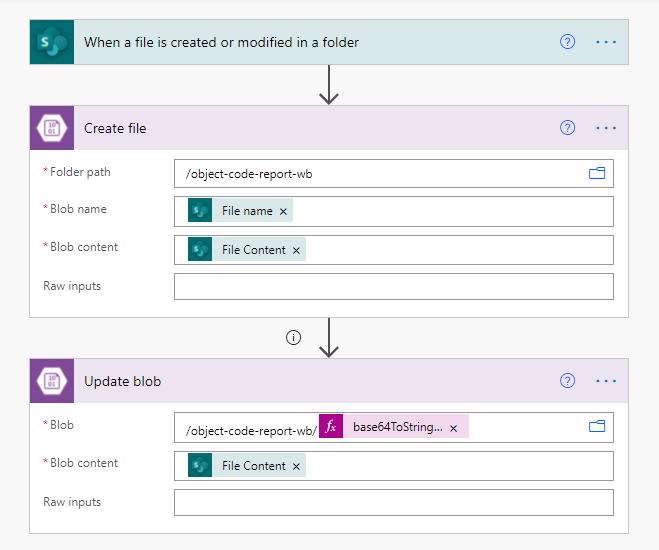