HTTP API call not running/working within for each

I build a flow which calls an API URL, when I create the link manually for one item via Compose function it is working.

when I move the same elements within the "for each" it is not working.

I started building this fow with just one http call, when I later added a SharePoint list as source to run the same for multiple items it generates the usual for each section.
I build up the same link for the API within the "for each" via Compose from the SharePoint list but it is not working there.

also when I move the manual created link witin the "for each" it is not working while it was working outside of it.

before the "for each": 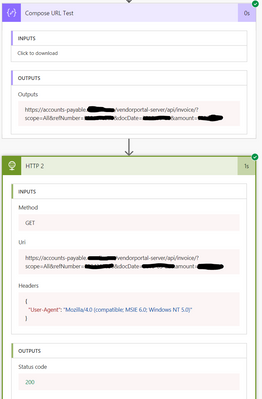 when the same is called within the "for each": 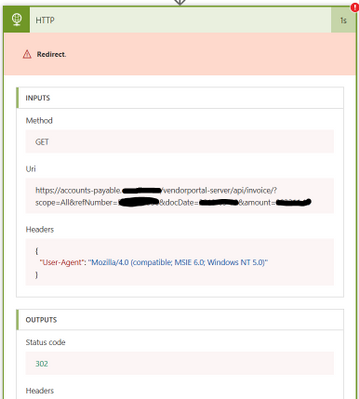 I tried also to move the manual composed link within the for each whith same result as for the link created from the SharePoint list, so the Status code 302 only appears if the HTTP function is called within the "for each" but working if it is called outside the "for each".

Hope this blog could be a reference for you.

Advocate I
In response to v-yamao-msft

I have followed your suggestion but without success. I added the Prase JSON action to take the composed value and give it to the HTTP Action, still the same issue.

I have added the same also outside the for-each loop and there it is working fine. 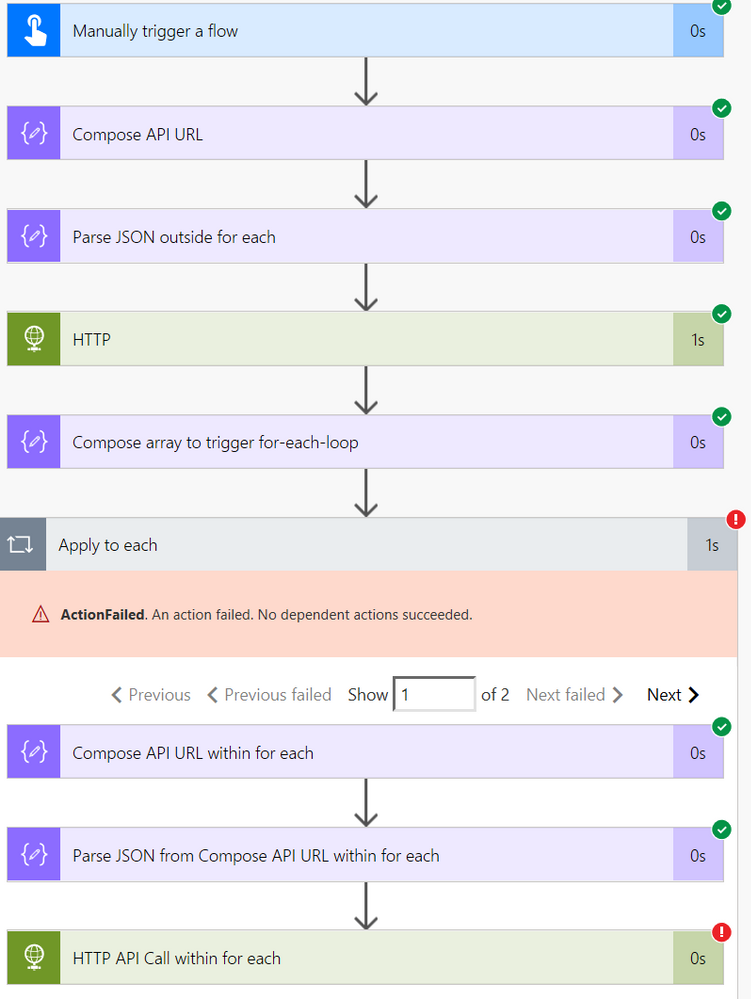 I think the point is that this only fails if the action runs within a For-each-loop.

Outside the loop it is working as expected.

Both are using the exact same content and in this example the For-each-loop is manually triggered with an simple array of 2 items just to show the issue.

I build a work-around by using 2 Flows, one which go through the items with the for-each-loop and making an HTTP request to an other flow, which just handling one item at the time and caling the API via the HTTP action, this is working well, but needed 2 flows instead of one.