rand() function not doing whats written in its description

I'm trying to generate a random number between 0 and 2.

The rand()-functions descriptions says something like:   "... (including both corner numbers)"

The below screenshot is in german, but I assume the english meaning is clear.

However, after some test, rand(0,2) definitly generates only either 0 or 1, not including the upper border 2.

Can anyone verify this behavior? 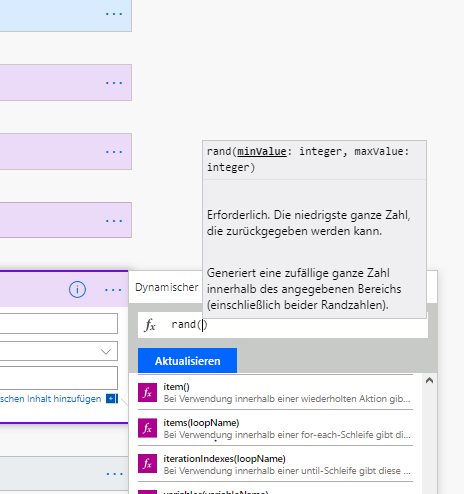 Re: rand() function not doing whats written in its description

Thanks for your feedback!

Please refer to the document:

This example gets a random integer from the specified range, excluding the maximum value:

Re: rand() function not doing whats written in its description

Then you should definitely change the functions description in flow which is misleading, since it says that the upper max value is included.
Message 3 of 3
621 Views
1 Kudo
Reply