Khoros, the technological platform underlying the Power BI, Power Apps, Power Automate, and Power Virtual Agents communities, hosts annual customer awards called Kudos Awards to companies who have used Khoros software in exceptional ways. For each Kudos Awards category, there is a winner and two finalists, all of which receive trophies.

This year, Microsoft’s Power Platform was recognized as a finalist for the Khoros 2020 Customer Awards in the All-Ways Connected category. The award nomination on the Khoros Kudos Awards website notes:

“Microsoft has always made CX a top priority, and we wanted to better help customers understand how our products fit together and are “better together.” So we implemented a new technology called ICS (Intelligent Content Syndication) that integrates our Khoros communities and allows content to be intelligently, automatically & bi-directionally published to multiple platforms, in near-real time.

“Subject matter experts (SMEs) and users from different communities are now connecting in ways that were previously not possible. Moreover, content that would have never been surfaced otherwise is now available where the users choose to be, not where the company believes they should be! The language barrier is also eliminated. ICS is equipped with a bi-directional, dynamic translation feature that automatically posts syndicated content in the target language.” 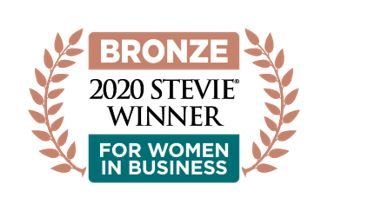 Microsoft’s Sandy Rivas named Most Innovative Woman of the Year

Another outstanding accomplishment was that Sandy Rivas, Senior Program Manager at Microsoft, was recognized with a Bronze Stevie® Award for Women in Business in the Most Innovative Woman of the Year category.

The Stevie Awards for Women in Business honor women executives, entrepreneurs, employees, and the companies they run, worldwide. The Stevie Awards have been hailed as the world’s premier business awards.

Winners will be celebrated during a virtual awards ceremony on Wednesday, December 9. Registration for the ceremony is now on sale.

More than 1,500 entries were submitted this year for consideration in more than 100 categories. Sandy won in the Most Innovative Woman of the Year Category for her groundbreaking work in using innovative technology to bring Microsoft Power Platform customers and subject matter experts together in new ways.

“Sandy has led the way at Microsoft for bringing people and technology together to share, collaborate and grow by overcoming language barriers as well as becoming a beacon for how tech can be used,” noted the panel of judges.

The novel technology Sandy implemented has benefitted users in all the Power Platform communities. Called Intelligent Content Syndication™, this AI-enabled content-sharing solution breaks down location and language barriers by allowing users of all the different communities to collaborate with each other in near-real time as if they were all in the same place and speaking the same language, even though they are spread across multiple communities and speak different languages.

“The significance of Sandy's achievements [is] outstanding. Syndicating content makes it so much easier to spread information effectively,” noted the judging panel.

Users can easily identify the “syndicated” content: it is marked by a special icon indicating that it has been syndicated from

to a different community.

Sandy’s use of innovative to bring people together in new ways has enabled Microsoft to better serve its customers and deliver a superior customer experience. Some worry that technology is replacing humans, but here we see a beautiful example of how technology can bring people closer and build relationships in previously impossible ways. 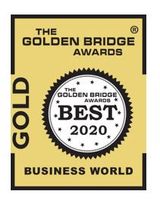 Last but not least, iTalent Digital, as Microsoft’s partner in supporting the Power Platform Communities, received a gold medal at the Golden Bridge Awards in the Tech Innovator of the Year | Cloud/SaaS category. This was in recognition of the three first-in-class SaaS products that iTalent launched since last autumn, including Intelligent Content Syndication (ICS), the technology developed in partnership with Microsoft Power Platform described above.

This is the duplicate post, moved to removed folder.  Post was made directly in to the News & Announcements on 102920 here: https://powerusers.microsoft.com/t5/News-Announcements/2020-Recognitions-Microsoft-Power-Platform-Co...

Community Success Team - Who is Who and Welcome Pedro Sacramento

Welcome Process Advisor to the Power Automate Family - Resources and a new Forum!!