My Story (in a picture, explained below)

As a career, professional software developer, I've always listened, with interest, to Microsoft's latest Office developer story. I generally concluded that it sounded good, but never really bit the hook. Yet still, I always kept my eye on it since it was often advertised as a panacea alternative to expensive custom software development for business applications. Just build it in Office!

My relationship ebbed and flowed over many years, from mere curiosity of a Microsoft conference registration sign-in system in the 90's that appeared to be implemented in Office. At least I think I remember seeing a Word document with my badge information on it before it was printed and handed to me.

Microsoft undoubtedly eating some of their own Access, Word, Excel and object linking & embedding dog food! Those were the days!

Through creating a custom engineering solution entirely in VBA, the extension language utilized by an old Autocad 2D drawing package. And then even recreating that same solution as a VSTO solution in Visio. Good times!

Then came SharePoint. As a web developer, hearing about its enormous popularity, lured me into thinking, "great, everyone will have SharePoint." Which would translate to having a hosting environment for internal web applications, blah, blah, blah. But that never really panned out. Additionally, a brief foray into an on prem SharePoint solution kind of soured me to the idea.

Though this is when I started talking about building solutions wearing rose SharePoint colored glasses. Yes, seeing the solution through the lens of your implementation platform. Recognizing its limitations and taking advantage of it's low hanging fruit. An important skill/technique regardless of your technology choice!

Then came LightSwitch, and I almost bit. But alas, I never did, and that turned out to be a good thing! Finally, let's not forget Office Apps, in JavaScript. I did much reading and was excited about their potential reach, with an app store and all. But I haven't checked in on them for a while, so I can't comment on their current state.

Incidentally, LightSwitch may ultimately have put Microsoft in a better position to leverage the forthcoming progressive web app (PWA) trend I see approaching, but for now my interest is PowerApps and this is a PowerApps blog post : - )

On to PowerApps, finally!

At the beginning of last year (2016), I was coming off a successful Apache Cordova project that resulted in a live app in both the Google Play and Apple App stores. Written in JavaScript (TypeScript), fun, fun. At some point during that project, I got wind of Microsoft PowerApps. Probably because I believe the underlying technology is (or was) Apache Cordova. Doesn't really matter.

However, I was also doing some executive level consulting at the time and suggested that the company look seriously at PowerApps for an internal mobile app strategy since they were already an Office 365 customer. I hadn't had any real PowerApps experience, just knowledge of it and a very preliminary literature review. I believe my recommendation was based more on the time and expense it took to actually build a custom, store-worthy, mobile app using pro dev tools such as the Cordova. And PowerApps sounded like a better alternative for an internal mobile app strategy!

Fast forward to this Holiday season, and I realized PowerApps were generally available, so I wanted to give them a test drive. I built a great app, quickly and am now bullish on PowerApps!!!

Specifically, a recent experience, changing from Excel/OneDrive backend storage to a SharePoint list for one of my PowerApps was so easy. And it really just worked, marvelous!!! A pro dev's wildest dream, so simply achieved!!!

My whole experience over the last few weeks, working intermittently on a PowerApps solution with excellent initial results has prompted me to write this post. And hopefully others in the future as I look at solutions through my recently donned PowerApps colored glasses.

You should check them out too! Hack yeah!

- Hacking-awesome PowerApps out loud & together!

Those glasses look great on you! Thanks so much for this thought-provoking article!

thanks hacking awesome...any update on your experience with PowerApps....inquiring minds would like to know!

Thanks for reading and commenting...

I am still bullish-on-powerapps! Creating some one-off applications. Still amazed at how easy it is to target all the mobile platforms!

I am, however,  n o t  having great success convincing developer friends, or even my students for that matter : - (

Here is one screen from one of my latest creations. Really seeing a 'connection' between pro-dev techniques and PowerApp offereings. For example...

* PowerApp collections make a nice 'model' in the MVVM approach. Allowing all data to be stored locally within the app and only persisisted in the cloud when needed. 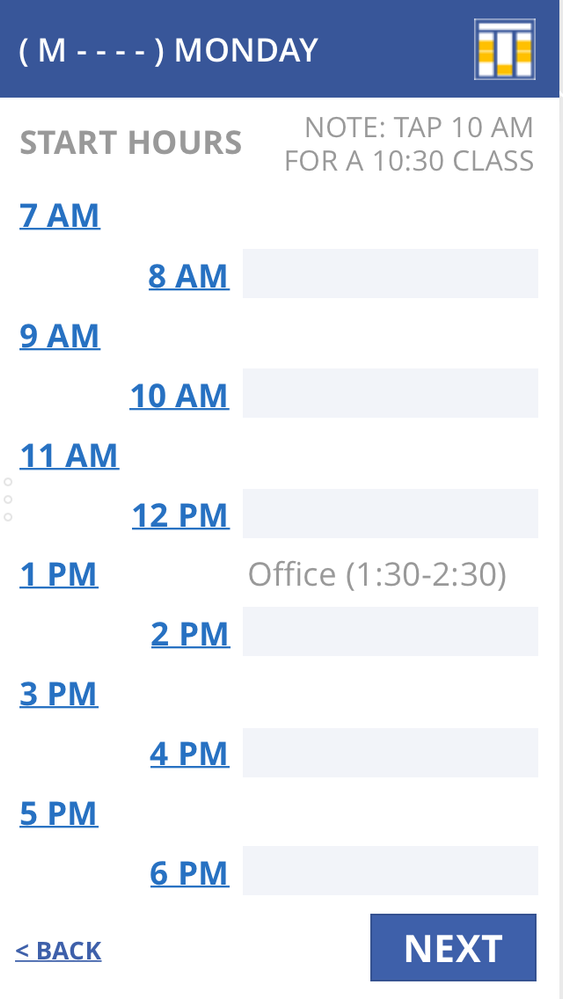