Timothy, works for a small company in the energy sector, creating digital solutions using the Power Platform, Office 365, and Azure SQL as well as handling their general IT needs. In his down time, He enjoys playing guitar, watching good (or really bad!) sci-fi, Xbox, and hanging out with his wife and son.

Hardit is an Electrical Engineer with a MBA in Finance. He has over 10 years’ experience as an analyst/manager/consultant in IT, financial services and hospitality industry. With a deep interest in tasks involving analytical thinking, Power Apps is the world he had been dreaming of since a very long time! When he got introduced into the world of Power Apps, it took him just a few weeks to get addicted and dive deep into it! He is now obsessed with everything related to Power Apps and is always on the lookout to spread the knowledge and invite more and more people into this world!

Tim is an early adopter of PowerApps and one of the first Super Users on this forum. By profession,he is a software developer. He is probably best known for writing the first book on PowerApps -  'Beginning PowerApps'.  Just ask, he loves these forums. They've given him a  chance to meet some amazing people. I'm inspired by the knowledge and dedication of those who devote so much time to helping others. He is proud to be part of this group and it makes him happy to be able to share his expertise, encourage adoption of PowerApps, and to answer whatever questions that he can. If you're new to this, he encourages you to take part in this great community.

"Sancho is an Office365 and Microsoft Power Platform evangelist who specializes in creating integrated and low-cost solutions. Recognized as a Super User on the Microsoft Power Apps Community forums since July 2019, and a #PowerAppsChamp since November 2019. https://aka.ms/MeetSancho  Sancho enjoys helping others and can become very animated if asked to elaborate on a topic that he knows/loves. His passion for computers and technology stems from his father, who sadly passed away when he was a young age.
As an autistic person, the modern workplace environment can sometimes be a struggle. PowerApps has changed his life, not only professionally but also personally. It has given him a chance to be part of a larger community where his input is valued and respected.  When not empowering others through technology, Sancho enjoys creating fine-art drawings, playing the piano, programming and gaming."

Michalis has completed his master’s degree in Electrical and Computer Engineering from Aristotle University of Thessaloniki in 2016. In 2017, he started his career as a software developer at Metamicro Automatisering B.V in the Netherlands where he enjoys building applications using Powerapps, Flow and SQL.  Michalis is always keen to contribute to his teams and values lifelong learning. He would like to thank the Powerapps community for all the help that he received, especially during the early stages. Apart from programming in his personal time, Michalis enjoys playing a variety of sports including basketball and tennis.

Vivek Bavishi is a Microsoft Business Applications MVP who has been working on the Power Platform sinceit’s inception.

He is one of the proponents of the #PowerAddicts community and loves sharing his experiences with others. He is also a PowerApps Champion who has enabled his organization to be more productive and efficient by using the Power Platform.

He writes blogs, makes videos and shares his work on GitHub. The quickest way to reach out to him is through Twitter (https://twitter.com/that_API_guy)

Shane is a lover of all things Power Apps which he talks about on his Power Apps YouTube channel. There you will find countless videos where Shane and his trusty sidekick Chewy teach you how to do awesome stuff with Power Apps. When they aren’t being YouTube stars, you can find them building apps and taking naps at PowerApps911.

Rebecca designs apps for non-technical users in a small manufacturing firm means I spend a lot of time interfacing with users, examining their existing processes, then designing and modifying PowerApps and Flow solutions to facilitate improved management of work processes. Being recognized as one of the PowerChamps means she interacts with so many people in the community, sharing tips and ideas, and collectively creating really new and innovative content.

Lori is a Tools & Technology Architect at Teradata by day, where she, builds Power Platform solutions for the Consulting organization. By night, she shares her knowledge and experience with the Power Platform through her website and YouTube channel, Doggone Good Consulting, focusing on helping new users find the information they need to be successful with Power Apps and the entire Power Platform.

Théophile is a Microsoft 365 architect,he guides organizations on their way in Microsoft 365 governance and configuration. One of his missions is to empower businesses with the Power Platform and he really believes there is no better tool to help end-users to act for their own digital transformation.

“Dawid is an IT executive with over 20 years’ experience in areas ranging from infrastructure to business processes development and solution implementation. He has worked with many organizations of all sizes to ensure that their IT strategies compliment their organisation's vision, and that the full potential of their IT investments are being realized.

Since founding Ukuvuma Solutions in 2004, he has been involved with 100s of projects from large-scale collaborative system deployments, to innovative mobile solutions.

As the Modern Workplace Director at Ukuvuma Solutions, he is involved with high end projects to share his passion for innovation, integration and strategy combined with his in-depth knowledge of the Microsoft Power Platform.”

Yash is a Software Developer at AIS, Microsoft Business Applications MVP and is located in India.

Paul is the Owner/Principal Architect at Don't Pa..Panic Consulting. He has been working in the information technology industry for over 30 years, and has played key roles in several enterprise SharePoint architectural design review, Intranet deployment, application development, and migration projects. he has been awarded the Microsoft Most Valuable Professional (MVP) award for the last 12 consecutive years and earned his Microsoft Certified SharePoint Masters (MCSM) certification in 2013. His current focus is on Office 365 security, DevOps using DSC, and Microsoft PowerApps/Flow. 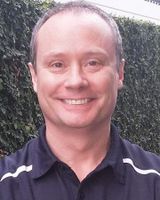 Paul is originally from the UK but recently moved to New Zealand, Paul works on Datacom’s Power Platform team and co-hosts the Christchurch Power Apps and Power Automate user group. Paul also has a YouTube channel (https://www.youtube.com/channel/UCnUwvZBeu4P_desNZthZWiA) where he shares tips and tricks.

Javier Ferreiro, have been using two different usernames at the Power Platform Community: @efialttes and @efialtes

You can find me also by Twitter at @J_Ferreiro_G . He works as a Project Manager for Telefónica, the main telecom Operator in Spain and Latinoamerica, also operating in UK and Germany under O2 brand. In the middle of a research for fast app prototyping I found himself contrinuting to project Siena, and then jumped first into PowerApps and then into Flow (now rebranded as Power Automate). The research project was finally abandoned, however, but thanks to Telefonica migration to an Office 365 based solution, he is dealing a Remote Process Automation based project focusing on internal processes that used to be manual, email based before... with the help of Microsoft PowerPlatform tools.  Active contributor both on Power Platform community Forums and more recently in the context of the Power Platform local community in Madrid, he has just launched a blog in Spanish called 'Any one can automate' at https://medium.com/anyone-can-automate