The Ten Commandments of SharePoint in PowerApps.

I have been to the mountain and heard the words of the gurus.  I am referring to @RandyHayes , @WarrenBelz , @Shanescows,  @mdevaney and others too numerous to mention.  I now return with some wisdom for my fellow PowerApps sufferers who have been lost for 40 years in the SharePoint desert.  Here are my Ten Commandments (feel free to disagree)

The 10 commandments of SharePoint in PowerApps

@RandyHayes   That really cracked me up!!  I have tears in my eyes.  PERFECT! 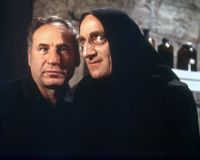 I believe my jar was mislabeled.  It should have your name on it!

Heh, I won't mention any names but we know who they are!!

As long as you can do it all on a tablet 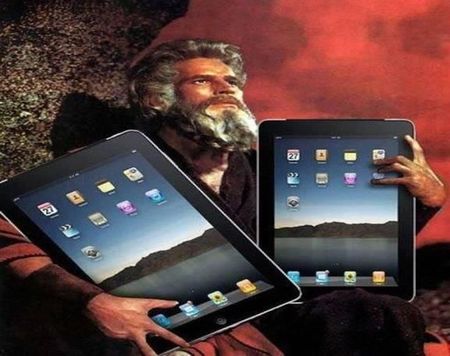 @Drrickryp
Amazing, this article made me laugh 😄

The early bird 🐦 gets the worm 🐍 but the second mouse gets the cheese. 🐁

Here is one I use:  Thou shalt not use the Yes/No column type. Thou shalt use the Choice column with Yes/No options instead.

I know this goes against Commandment #1 but with the single select choice columns now delegable they aren't the pain they used to be.

I like your amendment to the commandments sir!  I do this too because after the app is built someone always says: "we have yes and no... could you add a 3rd option?"  Then I have the flexibility to do so.

@mdevaney , I do it because I can never get the Yes/No column to work as expected in a filtering condition.

@Jeff_Thorpe  Maybe I'm missing something but what advantage is there for a choice column when you can use a single line of text and hard code your choices in PowerApps. Much simpler for filtering IMHO.  I absolutely agree with @RandyHayes about keeping things as simple as possible. 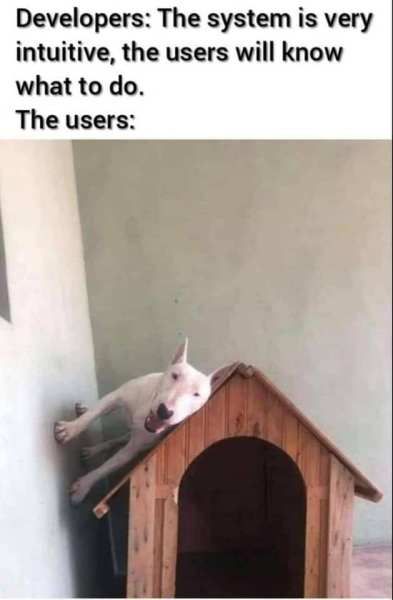 I particularly like this number 6 - Thou shalt not change column names once they are created or repurpose the holy Title field. And do we need to add - Thou shalt always start with small text and have to change it.

I am using Yes/No and Multiple lines of text. It seems to breach first commandment. What is the reason we should avoid these two types of column?

Multiple lines of text are not an issue when you need them, but don't use them unless they are necessary as they have some restrictions compared to Single Lines.

Boolean (yes/no) were not Delegable in the past, but it seems they now are. I still do not use them, preferring a Text Yes/No for reasons mainly around the output in reports (we export to Excel a lot from SharePoint) - I have a very simple process allowing check boxes/toggles to be used.

Perhaps - Though Shall Not Use A ForAll as a development For/Loop!

It is designed as a table function! It returns a table!  Using it as a for loop slows down your performance and defeats the purpose (and it really isn't very "PowerApp-Like")

ForAll produces a table...where is it going??  Such a waste of processing!!

ForAll produces a table...that is then sent to the collect function...it will create records based on a table.

Also...Though Shall Not Ignore the ID (or primary key) column!!

Sort of a follow on to the above.  Always make sure you have the ID/PK column in your source.

Poor ForAll...produced another table that goes nowhere!!  And now has to spend more time with LookUp's on every record of the ForAll.  Better have a good "wait spinner"!!

Example - Good (when your data table HAS the ID/PK in it:

Hey look - ForAll is returning a nice record that is used for the Patch.  Patch will know what to do as long as the ID is in each record.

OR, when you want to update and create all in the same function - in your data, ID is valid for existing records and ID is blank for new records:

Did you see the difference??  There is none...Patch will know what to do!

So, I think we need a bigger set of commandments!