Something similar is also happening to me. I have a named formula and now my app does not open in mobile. Hitting the “i” button in power apps APP (mobile) is shows that SharePoint login is in a loop state. All other apps are fine!

I have the same issue - blank app with Named Formulas enabled.

Declaring a formula works fine.  But as soon as I make reference to a named formula I get the "This App stopped working...." error.

No errors in Monitor.

Been having this issue with the new feature where an app I added Named Formulas to won't open on the Player for any platform (Windows, browser, or mobile). Just to make sure it wasn't a problem on my end, I opened a different test app and ran the following tests:

1. Run the existing app to ensure it works. PASS

2. Re-publish the same app under the latest/recommended Editor version. PASS

- App hangs on loading circle image and doesn't show the app's icon/title. It hangs there for a decent amount of time (I didn't wait to test just how far it would last, but it can remain like this for at least 1 minute).

4. Remove the formula and make the label just say "teeest" on its own. FAIL (not sure why)

Just to be sure, I tried again with a new, blank app:

1. Just publish an app with no changes except a standard label (using default authoring version 3.22091.11). PASS

- This one reached the loading screen that shows the app icon/title, but then flickered once a few seconds later (said "Getting your data..." I think) and crashed to a white screen saying "This app stopped working. Try refreshing your browser." and a session ID. Refreshing just took me back to this screen. Closing the browser and re-opening flickered the screen again, then showed me the refresh message. Cache clear had the same effect. Opening in the Windows player gave a generic error message a few seconds into loading, and the mobile app hangs here for at least 5 minutes without opening.

5. Change the fourth label's Text value from f_Test's value to "something else here", republish. PASS

6. Change the label's value back to f_Test's value, then save/republish the app under the newest authoring version (3.22092.12). FAIL

- Same as step 4, but this time the mobile version gave an error message very quickly instead of just sitting there.

Has anyone found something that prevents this?

Confirmed as reproducible issue with named formulas not currently working in 3.22091.11

Tagging in @GregLi for visibility 💜

Thanks everyone fir the details reports!

We are aware of the issue and a fix is in the works, we hope to have it deployed in a few days.  My understanding is that it is only an issue with constants,  For example,

But that distinction won’t last long, we will get this fixed shortly.  🙂

Awesome, thanks for getting back to us so quickly 🙂

Hope you have a great day!

E: had to revert to a version prior to enabling the feature, re-save, re-publish, and/or change publishing version. I didn't take note of the order I did those things, but it was a combination of those.

UPDATE: I removed the mark as "solved" because it turned out that the versions described above are not stable. 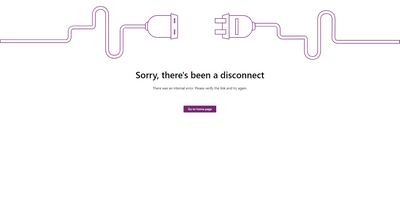 Simple restore/save/publish to previous version 3.22091.11 (prior to enabling formulas) brought it back to normal.