Skip to main content
Go To
Turn on suggestions
Auto-suggest helps you quickly narrow down your search results by suggesting possible matches as you type.
Showing results for
Search instead for
Did you mean:
Idea Options
6 Kudos
Vote

Ability to turn off "preview" mode in form designer

The PowerApps designer needs a way to turn off preview mode when designing, so that we can see everything that's in our form, without having to change dependent controls/properties to make changes.

That is on top of the stock standard columns that SharePoint already adds: Title, Modified, Created, Created By, Modified By

To now make any changes to the any of the Modified", "Created", "Created By", "Modified By", "ID", or "Cost Center" data cards, you have to change the SharePointForm1's Default Mode to either "New" or "Edit": 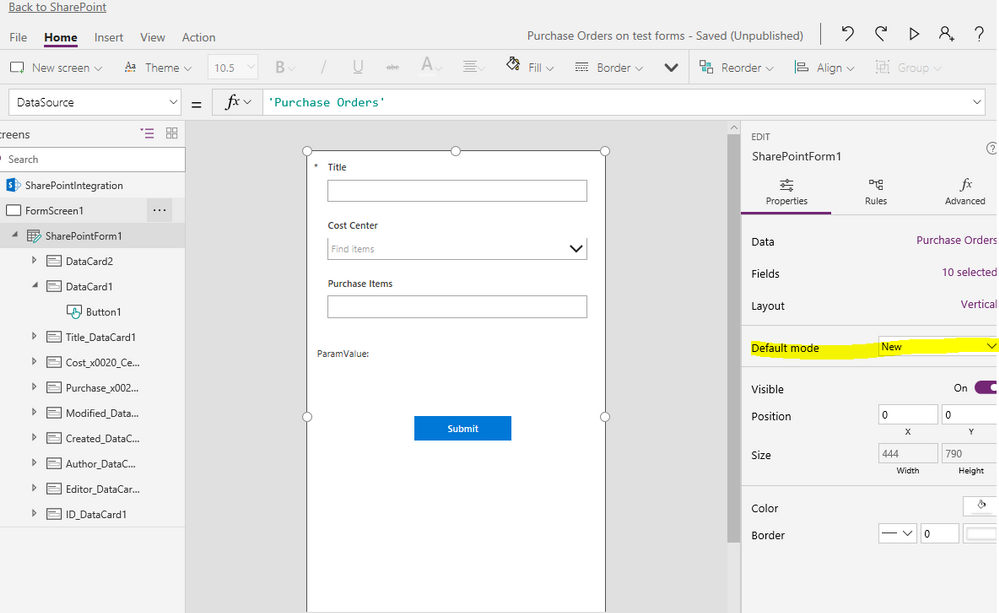 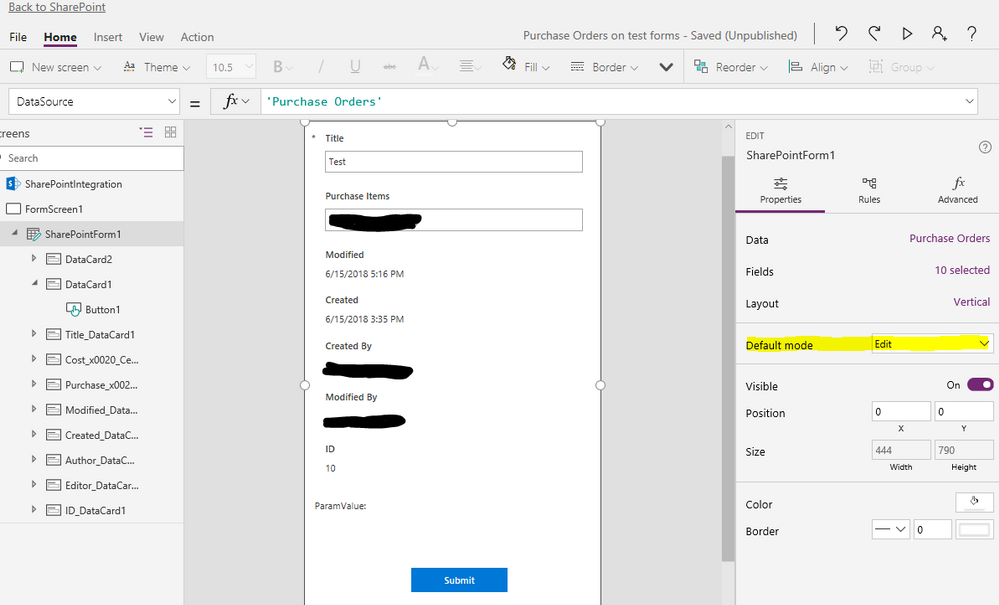 While for this form this is not a big imposition, for larger forms with much more intricate rules, such as lots of fields that show or hide based on selection made in other fields (like a from I had to work on recently), it slows the whole build process down.  To make matters worse, depending on how big the form is, the designer will arbitrarily change the "Y" value of datacards, which is especially annoying when you have rules about which order they should appear in based on other selections made (see my post here on this, and an idea posted asking to stop this happening).

Proposed Function to be added to the PowerApps designer:

An ability to turn off preview mode when building a form, using a toggle button or something similar.  So in the above scenario, all of the datacards would be made visible, and none of the control values can be set.

E.g on the "Home" tab on the ribbon, a "Preview Mode" toggle switch that would show all data cards, and the controls within them wouldn't have any values shown, or rules run: they're just there, allowing us to see everything and set properties, without anything actually running.  Mockup: 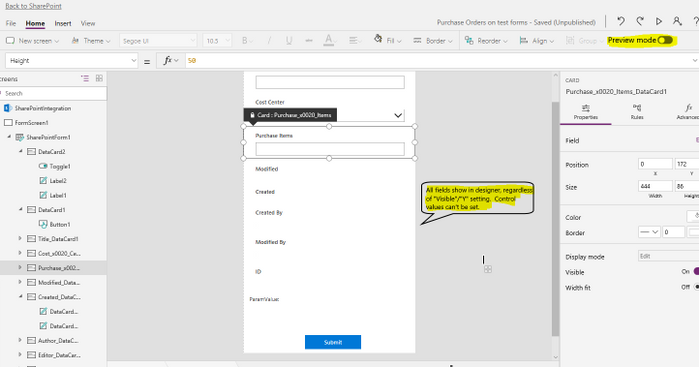 Designer with preview mode switched "off"

Can't emphasize enough how build much time that would save when building a complex form with lots of "show/hide/reposition" rules in it!

This is a hugely annoying issue and feels very much like a key feature oversight.  I'm currently working on a form with multiple 'tabs' using button labels to toggle visibility of items.  It's quite challenging to say the least so I took to adding all of the cards in the order I wanted them and then going through each one after the fact, setting them to be visible based on this.