Skip to main content
Go To
Turn on suggestions
Auto-suggest helps you quickly narrow down your search results by suggesting possible matches as you type.
Showing results for
Search instead for
Did you mean:
Idea Options
127 Kudos
Vote

Make CDS a non premium connector if E3 or above

The CDS is aimed to be "Common" but making it a premium connector triggers the need for every single user of any app to now need a powerapps license. The "powerapps for office 365" allows canvas app usage but not if premium connector.

Solution make E3 and above include "powerapps for office 365 premium" no access to make.studio just run canvas apps with CDS.

Already charging based on data size in CDS so any increase in data is captured in those costs, increase that price rather than stopping mass use of apps. 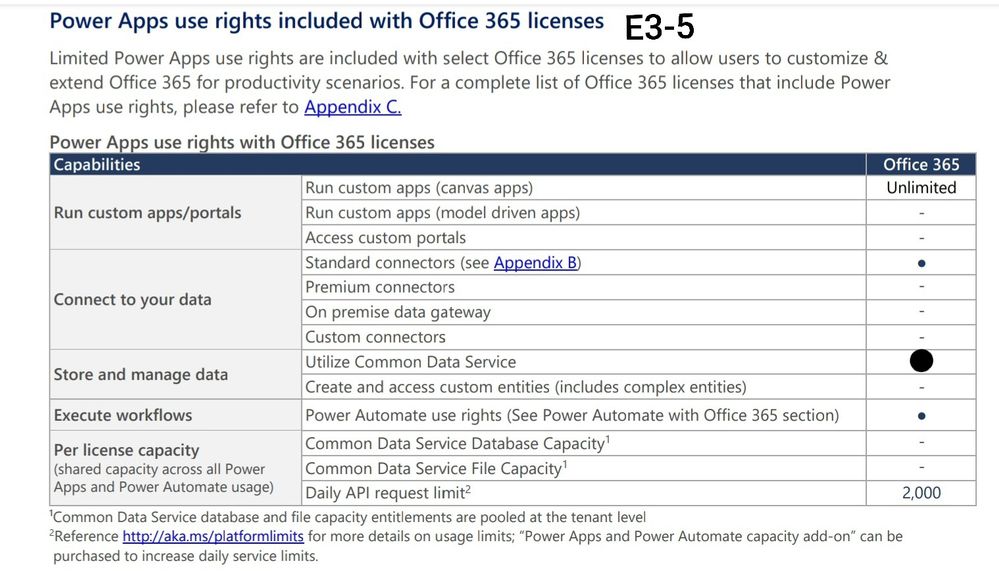 This is definitely cost prohibitive. Imagine deploying something in a large organization like a school or post secondary. Are we to license thousands of users with the ability to create their own apps just to utilize the ability to use this tool that MS has built?

Yes, very much needed! We're so limited with PowerApps due to this that we have to look at other Non-Microsoft Solutions to fulfill our needs.

This is the biggest roadblock to my solution at the moment. I need sales guys to just drop in a request and then a team will manage, edit, delete etc. This team will have premium licenses but the sales guys... They're just effectively submitting an email with a request attached... There absolutely should be some ability to just drop information in and read data at a standard user level.