Skip to main content
Go To
Turn on suggestions
Auto-suggest helps you quickly narrow down your search results by suggesting possible matches as you type.
Showing results for
Search instead for
Did you mean:
Idea Options
2 Kudos
Vote

As we know it's possible to create an Canvas PowerApps and embed these to Model Driven App. There are some known restrictions in this approach like described in document https://docs.microsoft.com/en-us/powerapps/maker/model-driven-apps/embed-canvas-app-in-form.

While embedding Canvas Apps works like it should in Dynamics 365 and/or plain CDS within Model Driven App context it doesn't work in Microsoft Teams tab context anymore: You are able to use your Model Driven App in Microsoft Teams context either through Teams 'Website' App or through Teams 'Dynamics 365' App (Notice Teams 'PowerApps' app doesn't support Model Driven Apps). However, while Model Driven App itself loads correctly the embedded canvas apps just keeps loading and finally they won't be rendered at all. Meanwhile you can get CORS error in your browser console (in attached picture) since some Http response headers are missing at PowerPlatform / CDS end. We can't adjust these headers by ourselves.

Microsoft Teams is a hub of modern work and it is also already a really important application platform in many organisations. It's really vital to get this usage scenario supported in really quick schedule.

I have raised a support ticket for this and they have answered me that it is an issue known to them, but they do not know when they will repair it or if they will.

Let's vote for Microsoft to solve it 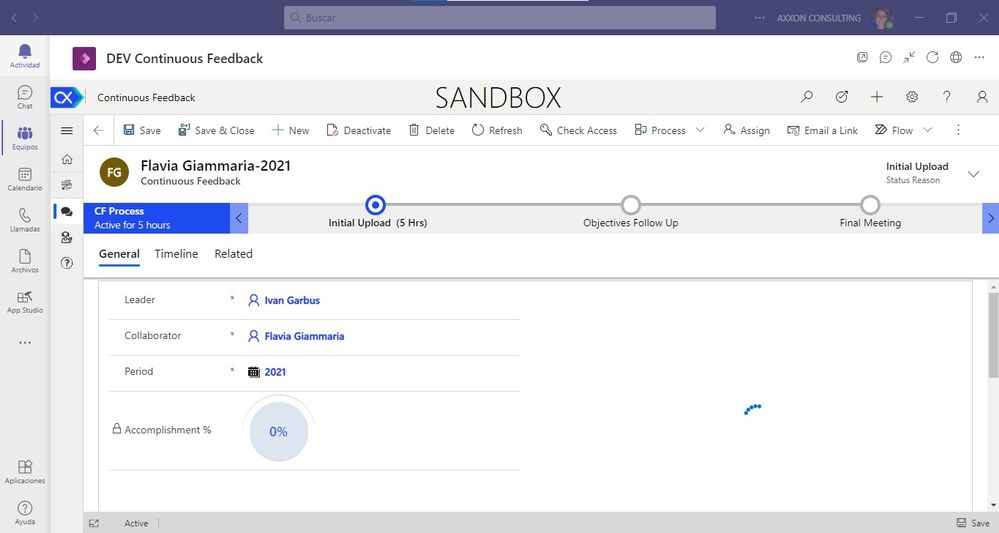