Skip to main content
Go To
Turn on suggestions
Auto-suggest helps you quickly narrow down your search results by suggesting possible matches as you type.
Showing results for
Search instead for
Did you mean:
Idea Options
96 Kudos
Vote

Match border radius on drop down with text input fields

I would like to request that for the sake of consistency, drop down controls as well as combo box controls have the same border radius by default as other common controls, or at a minimum the ability to set a border radius on the drop down. I have shared a image to add clarity to my idea. 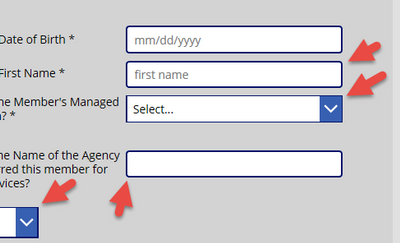 It could be great if we can manage border radius for ComboBox & DropDown controls.

Is there any update on this feature ?

Please someone add this feature, It is most basic thing in css. 😃

This is such a UX no brainer!  Why do we not have this already?

I too wonder why border radius is not a parameter for all drop down, label, text input fields. When trying to make an App that has good UX, we need consistency!

2 years on from the original post and here we still are posting comments that we need this feature.

This topic is somehow becoming a meme.

Hey there, like all users above... I need this 😉

Needed! Anyone hear any update on this?

No information so far. Sadly, they also ignored this topic over the whole Microsoft Ignite. Even though this question came up quite frequently. 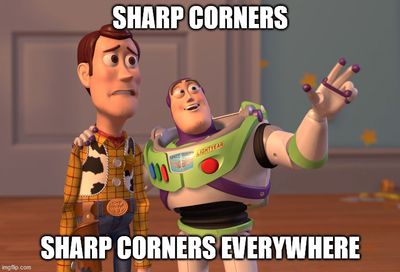 People people. Remember who you're talking about here. You're talking Microsoft here, don't ever expect this to be done. This forum like "User Voice" is simply a rabbit hole for ideas and requests to be put into to asuage the users.

I've been wanting a myriad of things for almost 20 years and still NOTHING. I dont even have the time to type them out but simple things that SHOULD BE typical, standard, everyday, intuitive functionality is simply.........missing, overlooked.

EVERYTHING msft does is 75%. They don't have time for allowing rounded corners, filterable lookups, actually functional and useful managed metadata fields to name but a few. They have to build cutsie little connectors to various kiddie social media services that were not even a thought or possible when we first started asking for these simple little finishing things.
Essentially, they don't give a **bleep** about the user.

I'd recommend just leaving altogether and going with something simpler that actually works such as AirTable.

Edit: You see? They had enough time and wherewithal to remove my simple swear word and replace with **bleep** but other things that actually DO MATTER? Nope. No time. Not a priority.