Skip to main content
Go To
Turn on suggestions
Auto-suggest helps you quickly narrow down your search results by suggesting possible matches as you type.
Showing results for
Search instead for
Did you mean:
Idea Options
14 Kudos
Vote

Set First Screen to be Visible in App

There's no way to change which screen comes up first in PowerApps. Please add this feature.

There is a way but it's not really that great. The first screen on the screen list will be the first screen. (Which is somewhat counter-intuitive given that the screen order doesn't really matter since we can only move from screens using the Navigate() function.)

However, I was looking for the OnStart() property, which apparently doesn't re-appear until I've saved and re-opened the app. That should be in the ribbon, by the way.

Move the starting screen to the top of the tree. If I move ScreenNew up one it will open on start instead of ScreenBrowse. 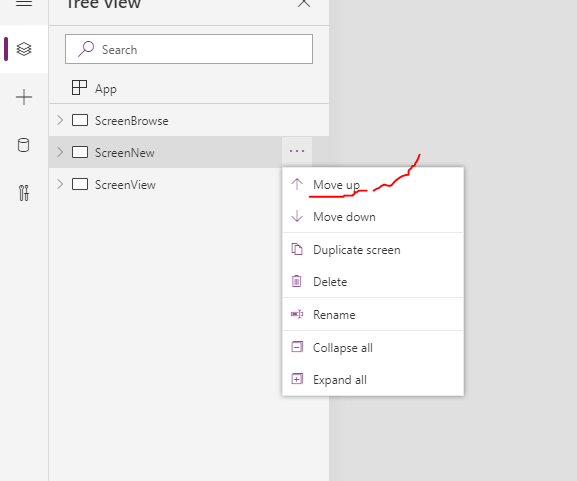