Skip to main content
Go To
Turn on suggestions
Auto-suggest helps you quickly narrow down your search results by suggesting possible matches as you type.
Showing results for
Search instead for
Did you mean:
Idea Options
16 Kudos
Vote

There is a bug in the RoundUp and RoundDown functions.

When using the RoundUp and RoundDown functions, some numbers containing decimal points will not function correctly.

For example, in the case of :

Currently, since we don't know under which condition the bug occurs in the RoundUp and RoundDown functions, we are displaying the results of both acquisitions, but it takes time and effort to check which is the accurate result, which reduces operational efficiency.

We want to output accurate information to the Power Apps application, so we would like you to fix it so that it works as per MS DOCs.

I was able to replicate this behavior

In my example I have the following test replicated: 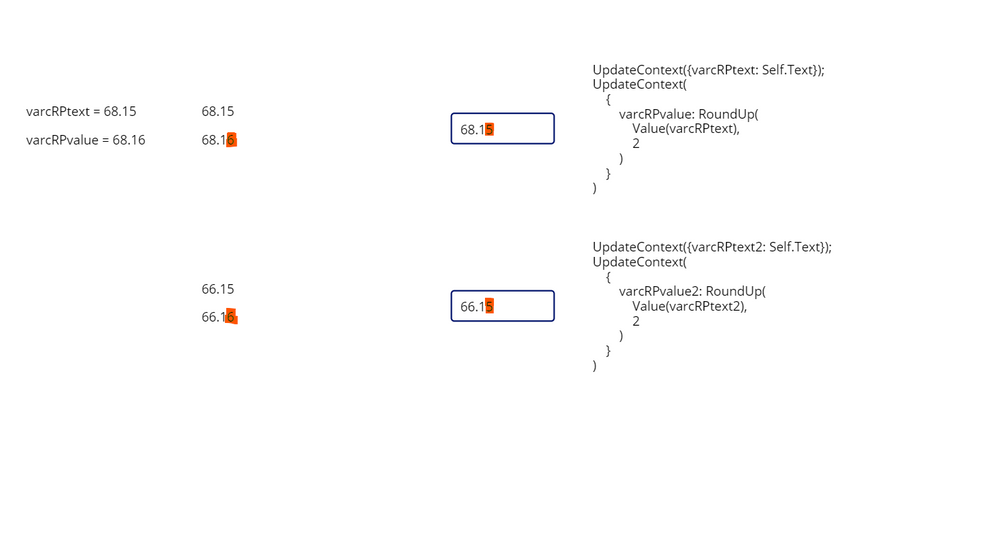 RoundUp(66.15,2) should result in 66.15 because there is nothing to RoundUp. However as you see in my Power App there are numbers where it Rounds Up while there is no need for it... while in the exact same decimal used in other numbers: 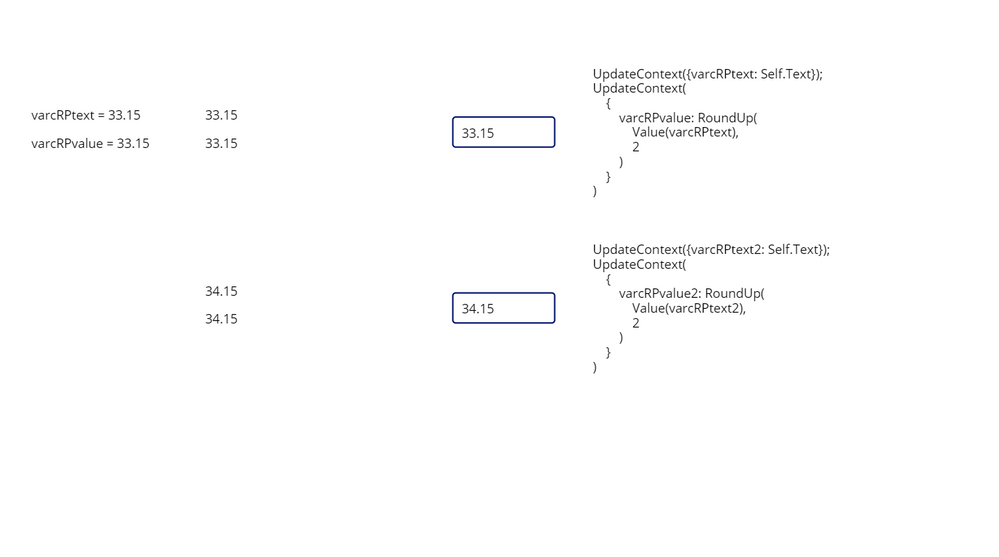 it behaves as it should...

I need this construction of two Contextual Variables because of additional business logic. Behavior should be the same though. Just adding to this post because may be related. I don't think that bugs should be listed as Idea's know but the more posts the better 👍