Skip to main content
Go To
Turn on suggestions
Auto-suggest helps you quickly narrow down your search results by suggesting possible matches as you type.
Showing results for
Search instead for
Did you mean:
Idea Options
1 Kudo
Vote

In some desktop flows I am interacting with the same UI elements. You can of course record them with the desktop recorder, the web recorder or the Add UI element button. But this can be a time consuming task.

I would like a feature where you could bulk import UI elements.

To give an example. Below I have four UI elements which interact with File Explorer. I would like to import them all at once in a new desktop flow in the Power Automate Desktop designer. 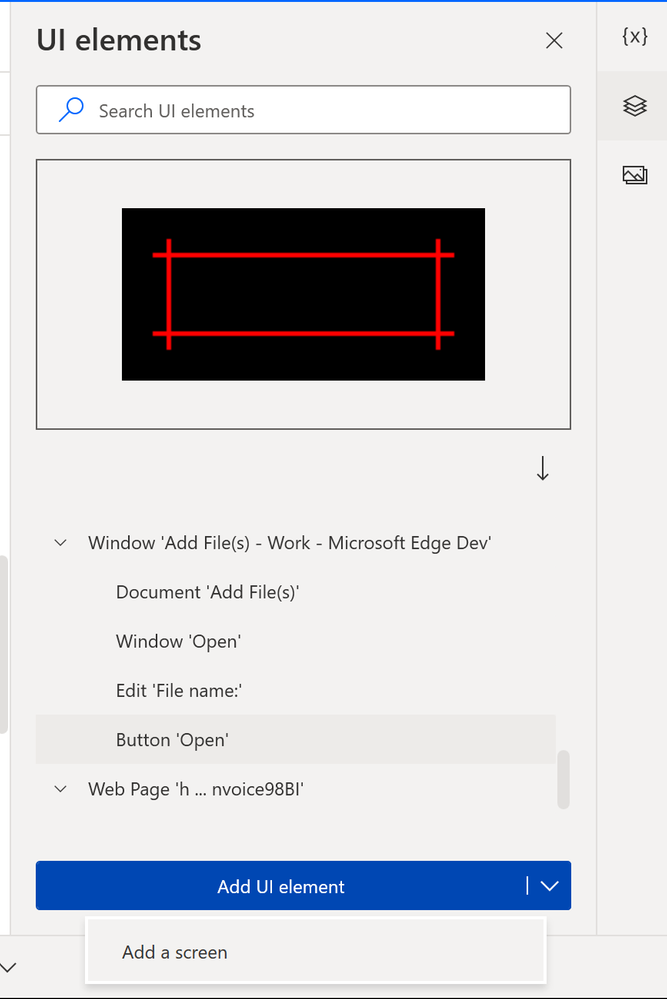 Nowadays when you copy an action the UI element which is used in that action also gets copied over as well. Great stuff, definitely a step forward!