Skip to main content
Go To
Turn on suggestions
Auto-suggest helps you quickly narrow down your search results by suggesting possible matches as you type.
Showing results for
Search instead for
Did you mean:
Idea Options
0 Kudos
Vote

Flow status to be equal to last control status

I created a Flow that works from beginning to end, but as it is going through some control that fail the evaluation, the overall result of the Flow shows as failed, which is not exact. 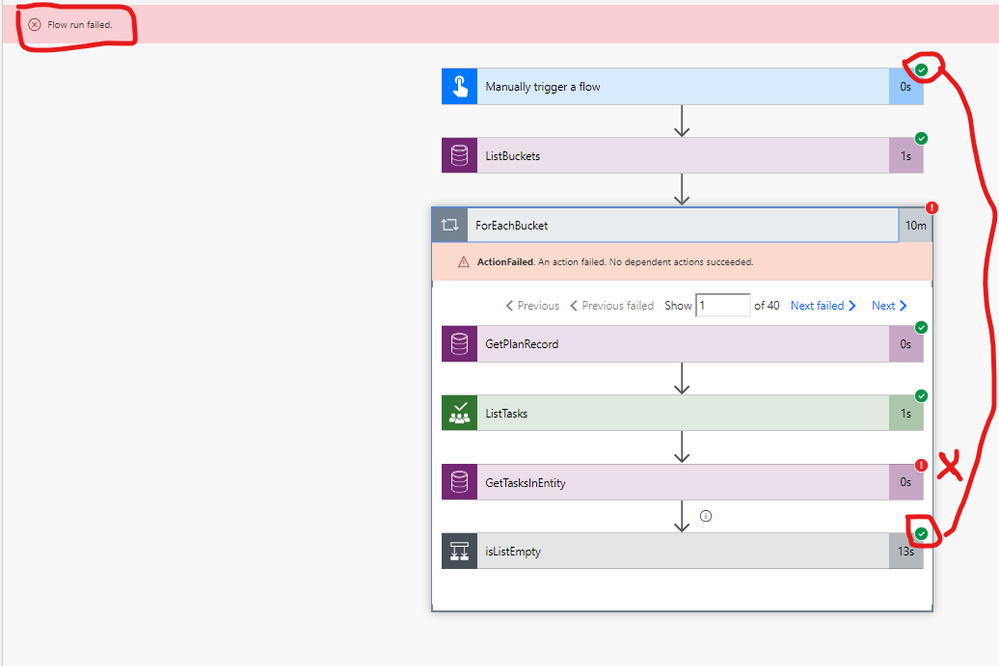 In the example above some control failed the evaluation but as it is an acceptable output, a "run after" logic as been set up in the following control to continue the Flow.

At the end of the Flow, the correct action happens to my satisfaction, but the status of the Flow shows like it failed, which is not accurate.

So, the idea would be to have the possibility to set the overall status of the Flow based on the last control. If the last connector does what is expected, then that is a successful Flow. I'm working on a workaround but I could avoid the extra work