Im trying to launch a flow via cloud connected to my power automate desktop. In the process of making my desktop, the flow had to interact with the UI elements of another program. The problem was that program was running by default with user account control, so to interact with the UI elements I had to force POWER AUTOMATE DESKTOP and every single app in his paste to run as administrator 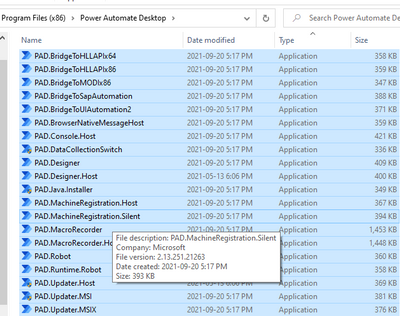 (all selected items are forced to run as admin)

If I try to run only POD as admin, the flow doesn't recognize UI elements.

The big problem is when I ran everything as admin, when I try to launch it in the cloud. That error message appears:

I can fix this message by removing the admin rights of the app in the power automate desktop paste called: "PAD.Robot"
But the problem is then the UI elements are not recognize anymore.

I think i need to give more privileges to another app. Maybe? Can someone help me on this? 🙂