Re: How to save Microsoft Forms Responses & Attachments to SharePoint Lists or Libraries & Send Email 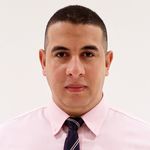 This video is a step-by-step tutorial on how to leverage Power Automate flows to save Microsoft Forms Responses along with the attachments (multiple file uploads) to SharePoint Lists, SharePoint Document Libraries, SharePoint Folders & Send Email with Forms responses and attachments.

I will also show where Microsoft Forms Attachments are saved. We will leverage Power Automate to query the saved Forms attachments which would either be in OneDrive for Business or SharePoint depending upon whether it is a Personal Microsoft Form or a Group Microsoft Form.

✅ Save MS Forms Attachments to Folders

⬇️ To download the Microsoft Forms, flows and JSON Formatting sample for SharePoint List showcased in the video: https://github.com/rdorrani/Microsoft-Flow/tree/master/MicrosoftForms

I have a question here, I am planning to build my MS form & store it in Share Point, but in the middle I need to send that form for an approvals of 3 departments.

Could you draw the flow for that?

I have been watching and attempting to use your procedure for saving form responses and multiple attachments to a SharePoint list and have had moderate success except, yours and every other tutorial I have found only cover questions generated from 1 or 2 questions.  I have a form that asks users to upload photographs they take while using the form (it is an inspection checklist), so there are 7 separate photos being taken along with the responses to the other questions in the form. Is there a way of adding all the photos to the SharePoint list using the flow you have designed?

I use the Set Variable action for the first photo taken (which is required) and then Conditions for the remaining photos which may or may not be included.

Would really appreciate your assistance if you are able to help. 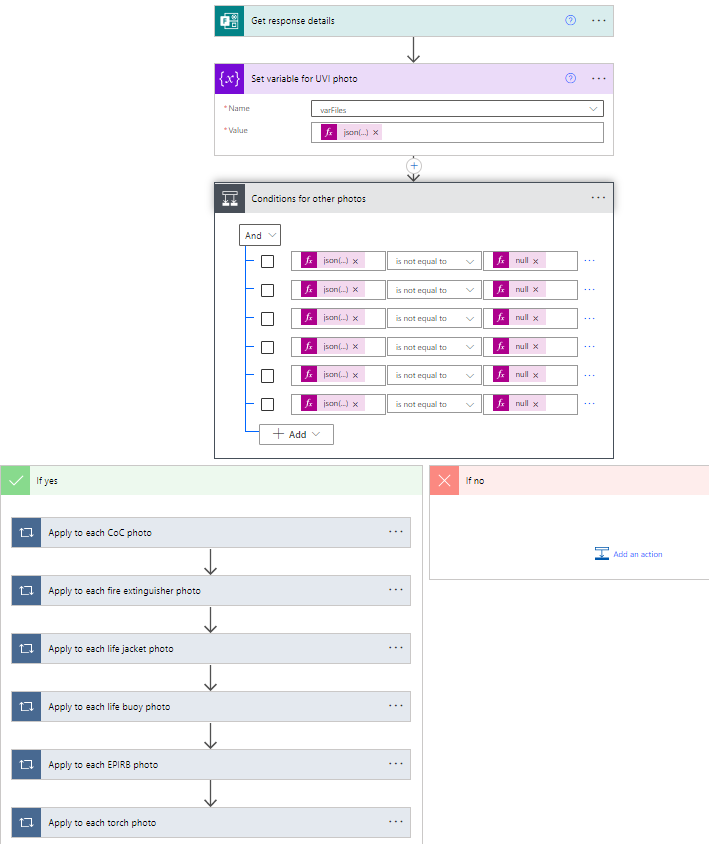