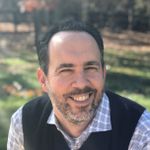 In this 11 minute video I use PowerApps and Flow to scan a book's barcode, connect to the Google Books API to pull book information (title, thumbnail image, etc). I also provide an Amazon link to the book from within the PowerApp. This demonstrates the live barcode reader in PowerApps and using the (experimental) call to the device's native reader, which makes a really satisfying "beep" on an iPhone.

Sample Google Books Call (you'll need your own key from the credentials link above and put it where it says KEYGOESHERE): https://www.googleapis.com/books/v1/volumes?q=isbn:9780743253437&key=KEYGOESHERE&projection=lite&max...

Great job at the video and the documentation related to it as well!

I was also planning to put all my developed PowerApps on github and seeing you do it inspires me more. 🙂

If this post helps, then please consider Accept it as the solution to help the other members find it more quickly.

I want you to know this content here brings me great joy. Before PowerApps existed, I had dreams of using its precursor Project Siena to create a classroom library system. This was back in around 2014. I was still very new to development, so it was far out of reach. I had to know about YAML and a bunch of other acronyms--I wasn't ready to make it.

PowerApps came around, and I came closer to achieving it--I could create a custom connector with a swagger file. I just didn't know how. Learning materials were very hard to come by, and the ones that were available still hard for me to understand.

It wasn't until this year that I finally achieved this exact scenario that you show in the video. The Request - Response action is really what made it possible. I had my app at last, but I had not gotten around to explaining to others how it worked yet. This video is what I wish existed years ago--and it's going to open the doors for anyone who wants to play with Amazon/Google APIs to experiment.

topness
MVP
In response to mr-dang

Thanks so much for the kind response.  My wife is a teacher with a "good sized" (I'm understating) classroom library.  The inspiration for this idea came from that experience.  I agree with you about the Request/Response actions, it opens up an amazing amount of external functionality.

Anonymous
Not applicable
In response to topness