Skip to main content
Go To
Turn on suggestions
Auto-suggest helps you quickly narrow down your search results by suggesting possible matches as you type.
Showing results for
Search instead for
Did you mean:
Idea Options
12 Kudos
Vote

Submitted by KMmanjuu 2 weeks ago

I found that some action triggers unexpected tab order change of controls when I use vertical and horizontal containers.

That is a very hard phenomenon to explain, so here is an example:

First, I put some controls on Screen1 like this: 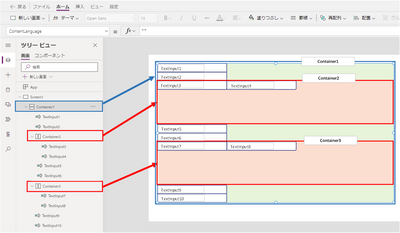 I highlighted green for vertical container, and red for horizontal ones.

At this time, the tab orders are like this: 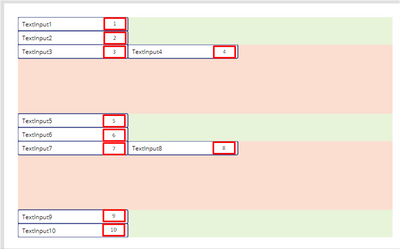 It seems to be natural for me.

And then, I copied Screen1: 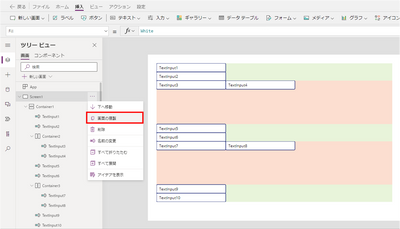 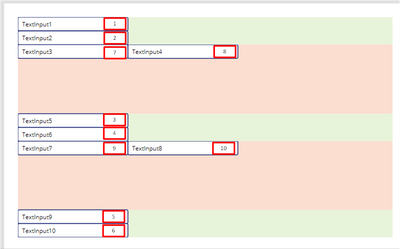 It seems very strange for me.

Unfortunately, This order could no longer be undone because I found none of properties has changed for those controls .

I don't know what is going on inside Power Apps while I just copied the Screen, but anyway I would like the tab order to be natural when using containers.