Skip to main content
Go To
Turn on suggestions
Auto-suggest helps you quickly narrow down your search results by suggesting possible matches as you type.
Showing results for
Search instead for
Did you mean:
Idea Options
0 Kudos
Vote

Send us your ideas on Power Apps for Teams

For Ignite this year, we are very excited to make Power Apps for Teams available for public preview. It's where you can create and manage Power Apps all within Microsoft Teams. For more details, please see this post announcing the launch. 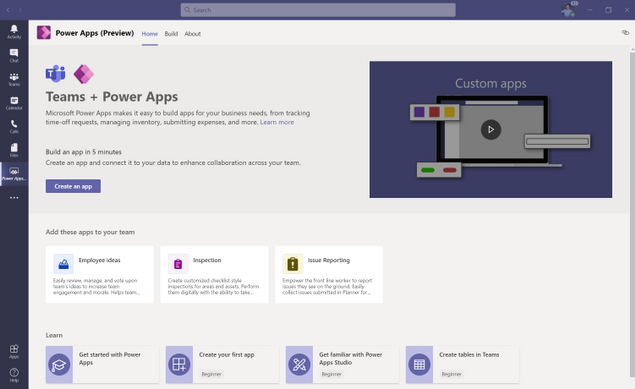 We look forward to seeing your ideas here on new features to add and how we can to make this experience better!

The one thing I determined almost immediately after starting to use the new Power Apps for Teams app is that it needs the ability to pop-out as a separate window!

This new app needs the ability to pop-out.... either that or allow these new Teams apps to be built in the normal web interface.