I'm having some trouble building a specific flow. I've got a list record CDS step built in Flow which will provide me with a list of products in Dynamics. I've got a specific field in product called fieldName which provides a list of name values which I'll use in a HTTP step JSON to push data via a REST API.

So what I first did was create a blank Initialize string variable which will later store a concatenated object values for later use.

Later in the step I get product using the ID in a previous List record step. 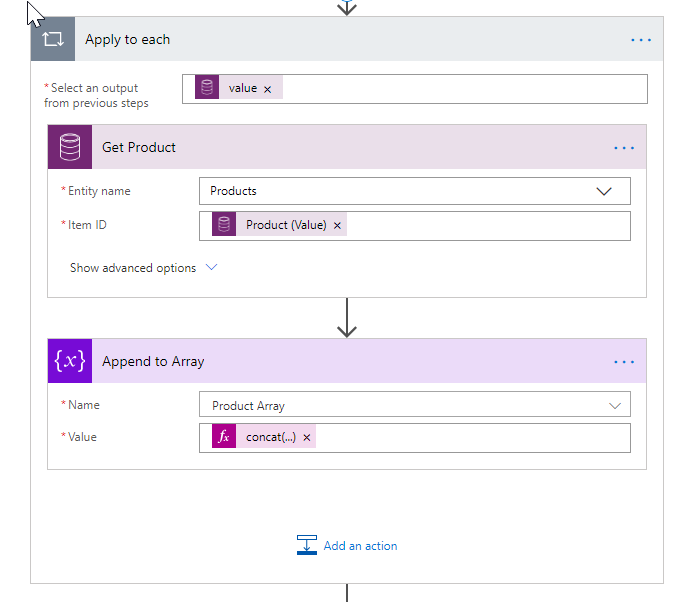 I then use the append to string to append a concatenated value of the products along with a few delimiters that mimic a JSON object.

I then in a later step created a HTTP PUT request to a REST API endpoint and added in the variable into the JSON body but it's giving me a error and asking me to enter a valid JSON object. 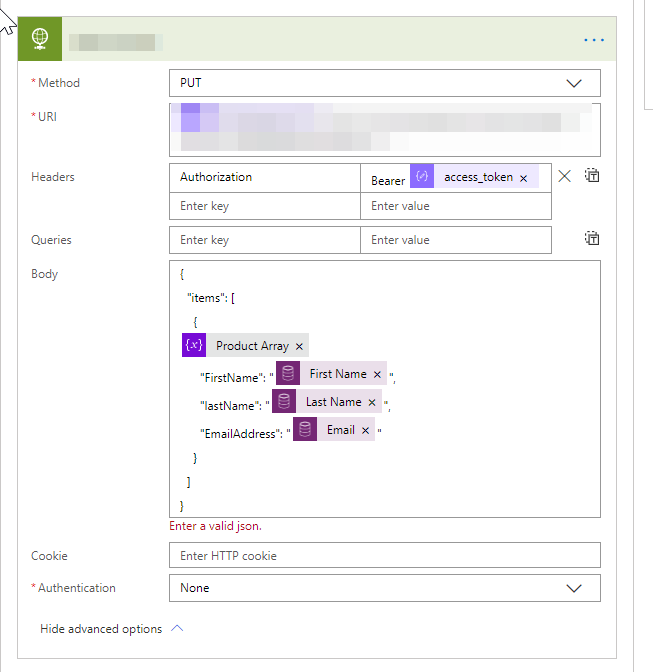 I've tested the output of the concatenated value and they come out as mimicking a JSON object but for some reason I can't add it to a HTTP request. Below is what the variable output looks like:

You seem to need to remove the last comma from the value of the variable.

Manually add a comma after the variable when configuring the Body.

I thought about the comma but that's why I placed the dynamic content for the products at the top. Then I can loop them all with the commas and then I left EmailAddress without a comma.

Your thinking is correct, but this configuration does not seem to pass the verification of the body, because each property needs to be separated by a comma, and the variable is considered a property, but there is no comma after it, so this problem occurs.